“The Square”, a Swedish movie about the curator of a museum filled with grotesquely pretentious conceptual art, beat stiff competition to win the top prize at the Cannes Film Festival on Sunday.

Critics hailed the movie by writer-director Ruben Ostlund as “high-wire cinema” that veers between comedy and thriller with moments of pure surrealism, though some said it could easily have shed part of its 2 hours and 22 minutes running time. 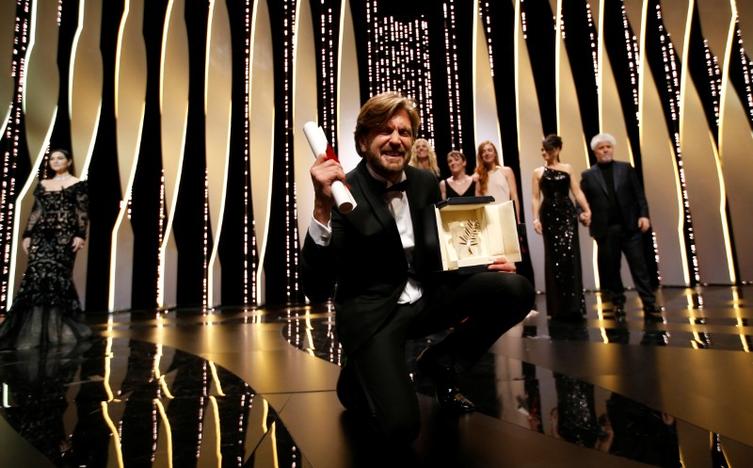 “BPM (Beats Per Minute)”, a French movie about AIDS awareness campaigners in the 1980s, had been favorite for the award but had to settle for second place.

The Square’s highlight is a dinner for the museum’s well-to-do patrons, with a performance artist leaping from table to table impersonating an ape in a bizarre, tense and ultimately violent scene.

Spanish filmmaker Pedro Almodovar, who headed the jury of nine people that included Hollywood stars Will Smith and Jessica Chastain, said the film was about “the dictatorship of being politically correct”.

“Such a serious subject is treated with an incredible imagination. It is very, very, very funny,” he said.