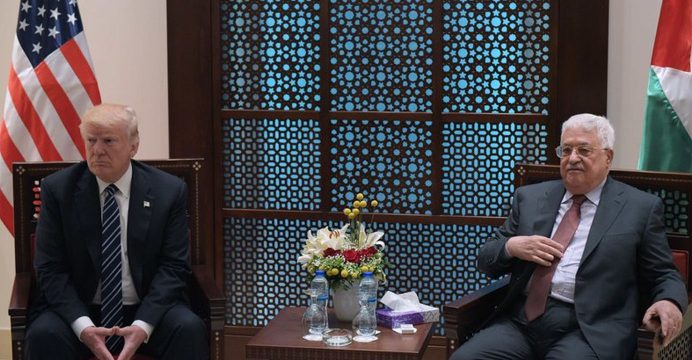 Trump travels to Bethlehem for talks with Palestinian president

Much of central and southern Jerusalem was shut down to allow the presidential motorcade of around 60 vehicles to make its way from Trump’s hotel to the town, just eight km (five miles) to the south.

To get to Bethlehem, the location of the Church of the Nativity, where Jesus is said to have been born, Trump passed through an Israeli checkpoint and a network of vast concrete blastwalls that separate the occupied territory from Israel.

The route took the president past the “Walled Off Hotel”, a guesthouse run by the British graffiti artist Banksy that is designed to draw attention to the security infrastructure, which Israel says is there to protect against Palestinian attacks. 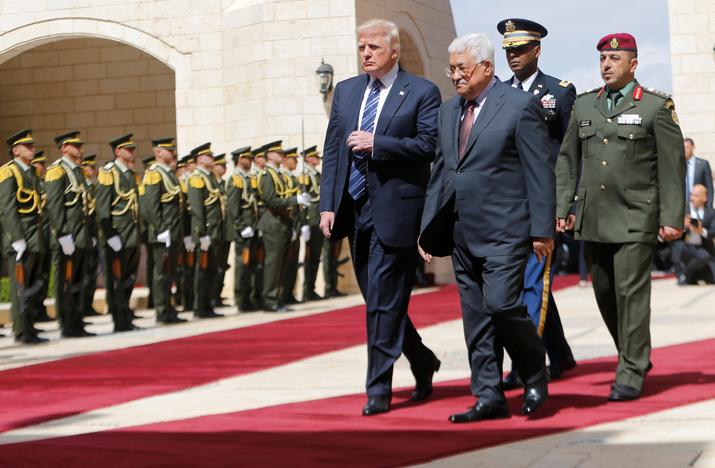 On one of the gray concrete walls, the convoy passed a portrait of Leila Khaled, a Palestinian militant who took part in two aircraft hijackings in 1969 and 1970.

Trump is expected to hold around 40 minutes of talks with Abbas, whom he met at the White House earlier this month, before the two issue separate statements. Trump will then travel back to Jerusalem to visit Israel’s Yad Vashem Holocaust memorial and deliver a speech at the Israel Museum. 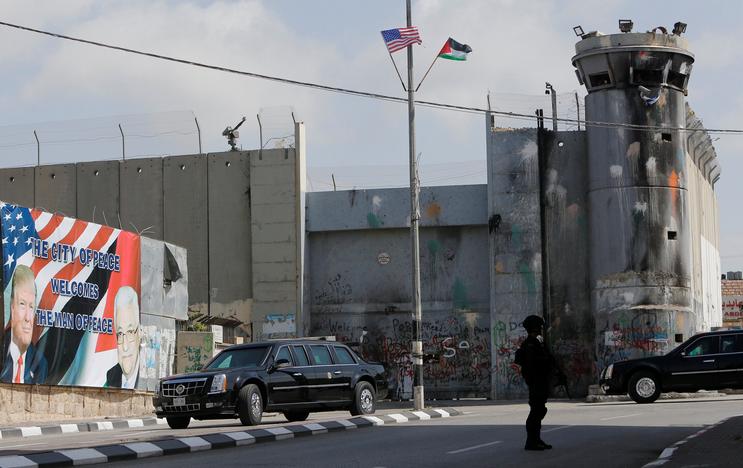 During their White House talks, Trump praised Abbas, and said he looked forward to working with him to pursue peace between Israel and the Palestinians. But he did not mention what has long been the goal of U.S. diplomacy in the region – a two-state solution to the conflict: Israel and a Palestinian state.

Ahead of his visit to the Middle East, the second leg of a nine-day tour that began in Saudi Arabia and will move on to the Vatican, Italy and Belgium, administration officials indicated that Trump may talk about “Palestinian self-determination” in his public comments, a nod towards statehood.