A female panda at a Tokyo zoo appears to be pregnant, zoo officials said on Friday, raising hopes for a safe birth five years after her first cub died within days of being born.

Ueno Zoo’s 11-year-old panda, Shin Shin, has shown signs of being pregnant, such as dozing more and urinating less, although she currently has a good appetite, the deputy head of the zoo, Hirofumi Watabe, told reporters.

Shin Shin and her partner, Ri Ri, arrived from China in February 2011 and went on view to the public soon after a devastating earthquake and tsunami the next month, providing Japan with some welcome news, reports Reuters. 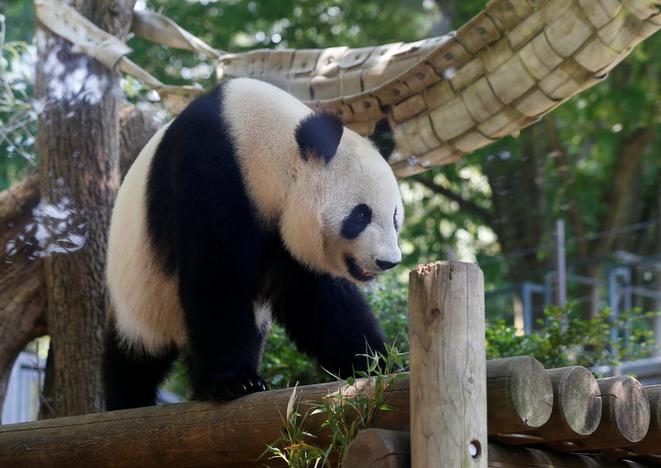 A female giant panda named Shin Shin which zoo officials say may be pregnant is seen through a window glass at Ueno Zoological Park in Tokyo, Japan May 19, 2017. REUTERS/Issei Kato

The birth of a cub to the panda couple in 2012 was the first panda born at Ueno Zoo in 24 years and was greeted with widespread excitement.

However, the tiny cub was found motionless and without a heartbeat on his mother’s belly and, although moved to an incubator, efforts to revive the baby panda failed.

“The previous cub died after six days. Raising them at the early stage is very difficult, so we want to properly prepare,” Watabe said.