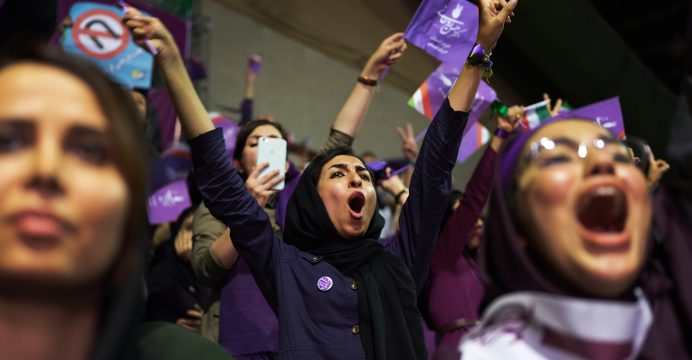 Iranians yearning for detente abroad and greater freedoms at home have handed President Hassan Rouhani a second term, but the hardline forces he defeated in elections on Friday will remain defiantly opposed to his plans.

He also picked a rare public fight with hardliners close to Supreme Leader Ayatollah Ali Khamenei, angrily criticizing their favorite in the race, Ebrahim Raisi, a judge seen by reformists as representing the security state at its most fearsome.

The Revolutionary Guards (IRGC), the country’s most powerful security force, are unlikely to forget his attacks, which played to widespread frustration with a state that controls how Iranians speak, gather and dress.

During one rally Rouhani referred to hardliners as “those who cut out tongues and sewed mouths shut”.

“Rouhani will face more pressure in his second term. The Revolutionary Guards and other deep state organizations will create more problems for him,” said Meir Javedanfar, an Iranian-born Israeli lecturer on Iran at the Interdisciplinary Center Herzliya in Israel.

“Since the 1979 revolution, whenever hardliners have lost a political battle, they have tried to settle scores.”

One way the Guards could re-assert their dominance at home would be to stoke more confrontation abroad, where they provide the shock troops for Iran’s interventions in Iraq, Syria and elsewhere in the Middle East.

Rouhani’s allies say he still has the wherewithal to deliver progress. An insider from within the upper echelons of power, he has worked with the supreme leader Khamenei for decades.

“As the economy is among Khamenei’s top priorities, Khamenei will be obliged to give limited backing to Rouhani’s liberal economic policy like the cautious support he gave to the nuclear deal,” said an official, close to Rouhani’s government.

Rouhani, first elected in a landslide in 2013 on a promise to reduce Iran’s diplomatic isolation, spent most of his political capital in his first term on a nuclear agreement with six powers that resulted in a lifting of most sanctions in return for curbs on Tehran’s nuclear program.

Domestic social reforms were largely ignored. But in his second term Rouhani will be under more pressure from his followers to deliver on changes at home. He has now contributed to that pressure himself by campaigning hard as a reformist, particularly in the final days.

“Clearly it’s going to be difficult to back down on some of this stuff,” said Abbas Milani, director of the Iranian Studies program at Stanford University.