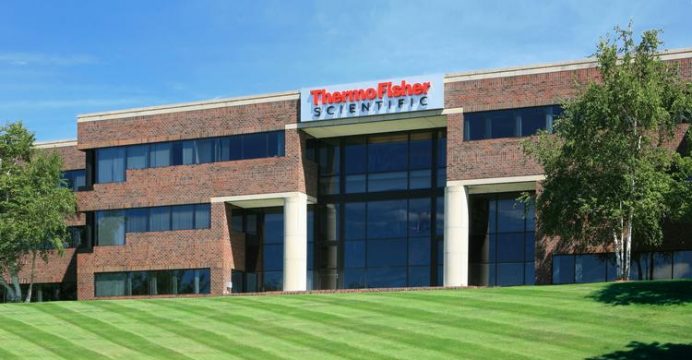 Thermo Fisher Scientific Inc said on Monday it would buy Dutch drug ingredients maker Patheon NV, as it looks to become a one-stop shop for contract drug development and manufacturing.

The offer price of $35 per share represents a premium of about 35 percent to Patheon’s Friday close. Patheon’s shares were trading at $34.60, just shy of the offer, reports Reuters.

Floor governor Rudy Mass (L) closes the price to begin trading of Patheon NV, during the company’s IPO on the floor of the New York Stock Exchange (NYSE) in New York City, U.S.

As drugmakers increasingly vie to shave costs and clinical trial times, Patheon’s drug manufacturing abilities will help Thermo Fisher grab a bigger slice of the fragmented contract development and manufacturing market, which the company estimates are worth about $40 billion.

“Thermo Fisher already had a developing and strong position in clinical trial manufacturing and now expands that arm into drug manufacturing, which is likely to highlight its growing presence in the market of bioproduction and bioprocessing,” Leerink analysts wrote in a client note.

The contract research space is in the midst of a wave of consolidation with INC Research Holdings Inc last week saying it would merge with inVentiv Health Inc in a $4.6 billion deal to help it win contracts with large pharma companies.

The Patheon deal, including debt, represents a purchase price of about $7.2 billion. Patheon, which went public last July, generated about $1.9 billion in revenue last year.

Patheon has manufactured more U.S. Food and Drug Administration-approved products than any peer, but the acquisition follows a difficult start to its public life, Jefferies analysts said.

The deal is expected to be completed by the end of 2017 and will immediately add to Thermo Fisher’s adjusted profit by 30 cents in the first full year after close.

Thermo Fisher has entered into agreements with affiliates of JLL Partners and Royal DSM, whose holdings represent about 73 percent of Patheon shares, under which they will tender their shares in the transaction.