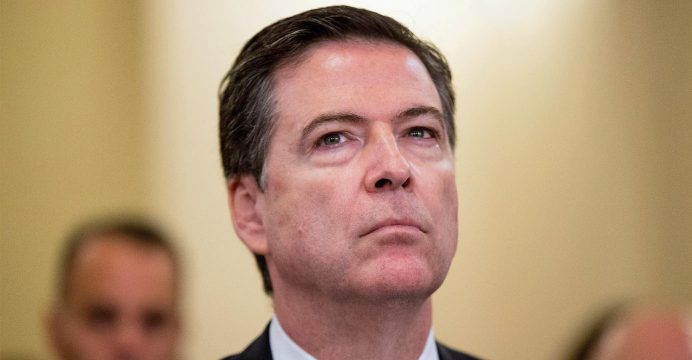 President Donald Trump on Tuesday fired FBI director James Comey, ousting the man heading a wide-ranging investigation into whether his aides colluded with Russia to sway last year’s US election.

In a shock move that drew comparisons to the Watergate scandal that brought down Richard Nixon, Trump told Comey the FBI needed new leadership and he was being “terminated” with immediate effect.

Under Comey’s leadership, the FBI concluded that President Vladimir Putin approved a wide-ranging campaign to tilt the vote in Trump’s favor.

His snap dismissal, ostensibly for mishandling a probe into Hillary Clinton’s emails, sparked rare criticism from Republicans and allegations of a cover-up from seething Democrats who demanded an independent inquiry.

The high-stakes gambit also raised immediate comparisons to the ill-fated firings that sped the collapse of Nixon’s presidency.

Trump’s decision to fire the FBI director is virtually unprecedented, only one director has previously been fired in the bureau’s century-long history.

In a letter circulated by the White House, Trump told Comey: “You are hereby terminated and removed from office, effective immediately.”

“It is essential that we find new leadership for the FBI that restores public trust and confidence in its vital law enforcement mission.” 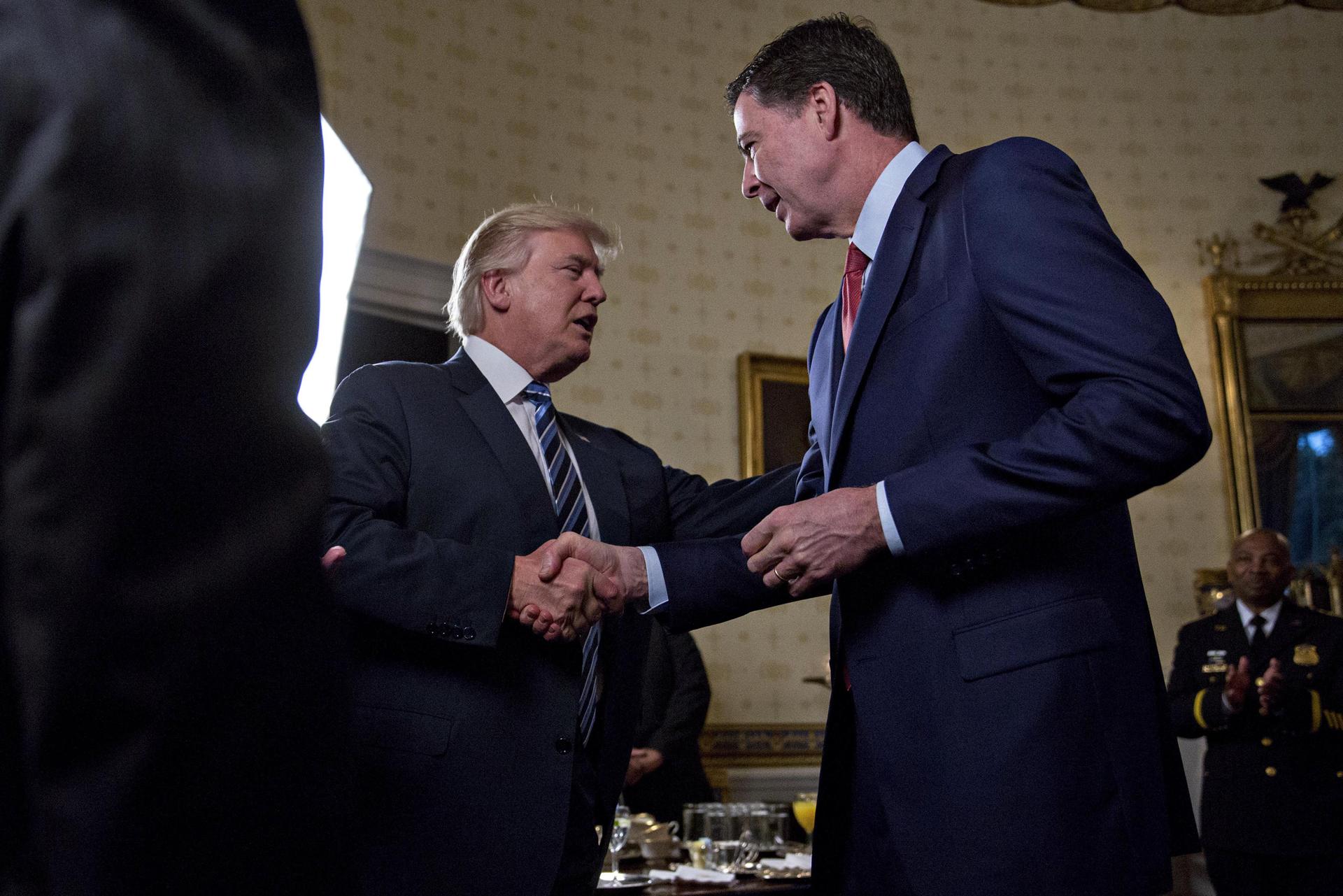 Trump also used the letter to try to distance himself from the ever- deepening scandal over Russia’s involvement in the election.

“I greatly appreciate you informing me, on three separate occasions, that I am not under investigation,” Trump wrote.

The White House said the search for a new FBI director was to begin right away.

FBI directors are appointed for a single 10-year term. The 56-year-old Comey, who is popular among rank-and-file agents, was appointed four years ago.

The top Democrat in the Senate, Chuck Schumer, said Trump had made a “big mistake.”

“This does not seem a coincidence,” he said.

Unless the administration appoints an independent special prosecutor to probe the Russian meddling, Schumer added, “every American will rightly suspect that the decision to fire director Comey was part of a cover-up.”

Republicans, many of whom have fallen into line behind Trump after initial reluctance, also sought to distance themselves from the president.

“I am troubled by the timing and reasoning of Director Comey’s termination,” said Senator Richard Burr.

Congressman Justin Amash, a fellow Republican, described parts of Trump’s letter to Comey as “bizarre” and announced “my staff and I are reviewing legislation to establish an independent commission on Russia.”

Comey played an outsized and controversial role on the American political stage over the past year, lobbing one bombshell after another that rankled both parties in Washington.

The stated reason for his dismissal according to a memo from Deputy Attorney General Rod Rosenstein was for mishandling the probe into Clinton’s emails, which the Democrat blames for trashing her chances of becoming president.

Comey told lawmakers last week he felt “mildly nauseous” at the thought that he had swayed the election but could not have acted any other way.