Murray into Madrid Open third round with straight sets victory

World number one Andy Murray beat Romanian Marius Copil 6-4 6-3 to reach the third round of the Madrid Open on Tuesday.

The Briton made a slow start against an opponent 103 places below him in the world rankings but he broke Copil’s serve in the 10th game to take the set and found his feet in the second after breaking at 3-2.

He finished off the big-serving Romanian in 83 minutes without having faced a break point. 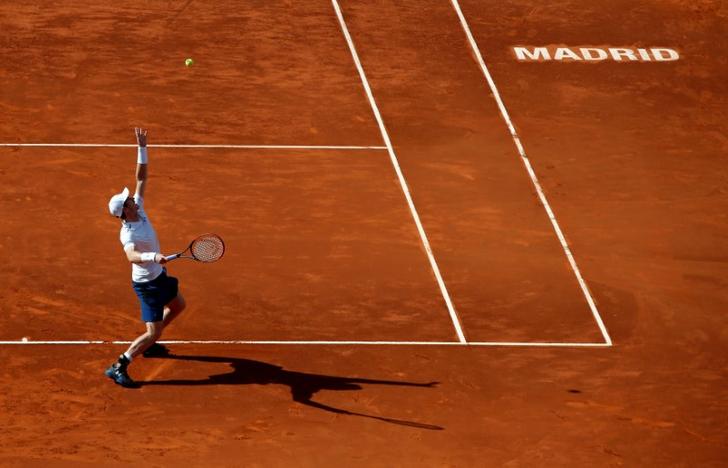 Murray, runner up in Madrid last year to Novak Djokovic, is likely to face a real test of his number one status at the tournament where anything less than a final berth will reduce his overall ranking points.

Crowd favorite Rafael Nadal will make his first appearance at the tournament he has won a record four times when he meets Italian Fabio Fognini on Wednesday.

Nadal has made a flying start to the claycourt season by winning the Monte Carlo Masters and the Barcelona Open for a record-extending 10th time.