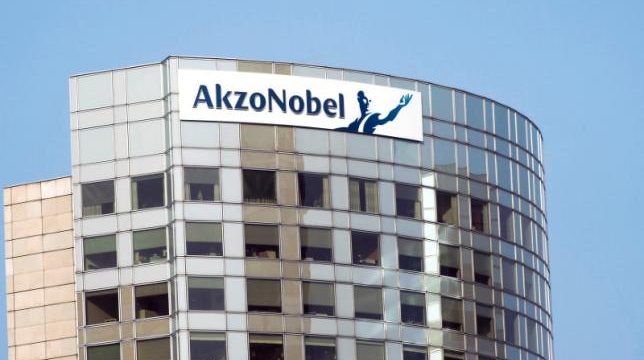 Dutch paint maker Akzo Nobel on Monday rejected a third takeover proposal from PPG Industries, leaving its larger U.S. rival to decide whether to make a formal bid without the support of Akzo’s board, or throw in the towel.

PPG’s third offer values Akzo at 26.3 billion euros ($28.8 billion) including debt but the Dutch firm, which makes Dulux paint, said it was too low, faced antitrust risks and failed to address concerns such as “cultural differences”, reports Reuters.

PPG has significant support among Akzo shareholders. But opposition from its boards, Dutch politicians and many of its Dutch staff present difficulties PPG will have to weigh before a June 1 deadline to bid or walk away for at least six months.

The deal would combine the world’s two biggest makers of paints and coatings and PPG reckons it can achieve savings of $750 million thanks to factors such as economies of scale on production and lowering input costs.

A group of Akzo Nobel shareholders led by hedge fund Elliott Advisors has been pushing for it to discuss a merger with PPG but Akzo said on Monday it would not engage in discussions with the U.S. firm about the current offer.

Buechner told reporters he and Akzo Chairman Antony Burgmans met PPG Chief Executive Michael McGarry on Saturday but would not give details of what was discussed, saying only that it was “cordial and respectful”.

PPG said it was “disappointed” with the rejection of its third proposal, saying the meeting “lasted less than 90 minutes” and Akzo Nobel officials made clear at the outset they would only discuss PPG’s offer and not negotiate.

“They also did not share any concerns regarding PPG’s proposal, or analysis or comparison of their new standalone strategy versus PPG’s proposal,” PPG said in a statement, adding it would study Akzo’s response before commenting further.

PPG’s latest offer in cash and shares values Akzo’s stock at about 96.75 euros per share, or a 50 percent premium to the price before PPG’s interest became known on March 9. Akzo’s shares fell 3 percent to 77 euros per share on Monday.

“We think the shares are likely to fall to the mid-70s this morning, as the market adjusts to a lower probability of a successful transaction,” Morgan Stanley said in a note. “However, much will depend on PPG’s response.”

Buechner reiterated that Akzo intends to pursue an alternative plan that it has developed to fend off PPG, which includes paying 1.6 billion euros in extra dividends to investors this year.

Akzo Nobel also plans to sell or list its chemicals business, which accounts for about a third of its sales and profits, within 12 months.

At Akzo Nobel’s annual shareholder’s meeting on April 25, institutional shareholders and Dutch shareholder groups voiced dissent about Akzo’s failure to at least talk with PPG, but there was no vote on the matter.

About 93 percent of Akzo’s shareholder base is non-Dutch, as are most of its employees. But at the April meeting, Dutch shareholders cheered calls for Akzo to remain independent and jeered an Elliott representative who spoke.

During voting at the meeting, about a third of shareholders opposed a resolution allowing management to issue shares this year. Support for the routine measure would normally be virtually unanimous, so the outcome could be seen as a sign of shareholder dissatisfaction.

Most analysts say Akzo’s independence plan cannot match a PPG takeover in terms of financial value but Buechner and Burgmans have said it is difficult to objectively measure other stakeholder interests.

Akzo addressed those less tangible interests in more detail for the first time on Monday, saying the U.S. firm had not offered Akzo representatives sufficient representation on its board to safeguard its interests after an acquisition.

It also said PPG’s proposals on, “employees, pensions, the location of headquarters, R&D, and sustainability – are limited, or describe existing contractual arrangements”.

The latest rebuff leaves PPG with a difficult decision to make. An unsolicited bid by PPG would be considered hostile by the company, which has protective measures against hostile takeovers which were adopted in 1926 but have never been tested.

The Dutch economic affairs minister has openly opposed an Akzo Nobel takeover amid rising nationalist sentiment in the Netherlands and some of the Dutch employees are concerned that U.S. ownership would lead to job losses.

Elliot Advisors, which declined to comment on Monday, has argued the job losses required by Akzo’s independence plan would be four times greater than if PPG and Akzo were to merge.

While Akzo Nobel and other Dutch multinationals have grown large through foreign acquisitions, successful hostile takeovers of Dutch companies by foreign buyers are almost unheard of – the 2007 buyout of ABN Amro by Royal Bank of Scotland being the notable exception.

But that deal is widely regarded in the Netherlands as a disaster after the government was forced to bail out the bank in 2008, suffering billions of euros in losses.