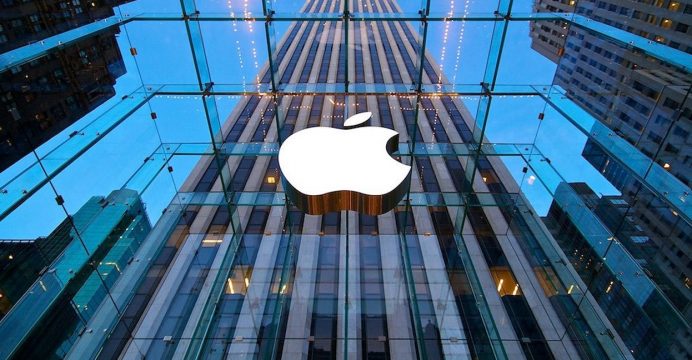 Apple chief Tim Cook on Wednesday announced Apple is creating a fund to get more people in the US to do “advanced manufacturing,” kicking it off with a billion dollars.

Apple investing in high-tech manufacturing in the United States would come as rare common ground with US President Donald Trump, who hammered away at the theme during his campaign for office last year, reports BSS.

“We are creating an advanced manufacturing fund,” Cook said in an interview broadcast on CNBC.

“We are initially putting one billion dollars in the fund.”

Cook pointed out that apple spent more than $50 billion in the US last year — buying from suppliers such as Corning Glass, working with developers behind applications for the California company’s devices and more. Apple has about 80,000 employees in the US and plans to hire thousands more “in the future,” according to Cook.

“One of the things you should do is give back.”

Apple planned to borrow money from the new fund despite having a fortune in coffers overseas because of the tax hit that the company would suffer if it brought profit home, according to Cook.

And while Cook has been among Silicon Valley stars critical of Trump when it comes to limiting immigration, he endorsed a push for comprehensive tax reform.

“To invest in the US, we have to borrow,” Cook said.

“Comprehensive tax reform is so important to this economy.”

The first investment of the new fund will be announced later this month, according to Apple.

Cook described it as wise to explore common ground with the administration while standing up when there are disagreements.

“Most people, if you disagree and say why, you have a good chance at influencing things,” Cook said

“You look to find common ground; if you don’t show up, I think that is the worst scenario because then you are quiet, and it doesn’t do your cause any good.”

Taiwan’s tech giant Foxconn in January announced a $7 billion investment to make flat panels in the United States in a joint project with Japan’s SoftBank.

Foxconn is the world’s largest contract electronics maker and is best-known for assembling products for international brands such as Apple and Sony.

Apple this week reported a rise in quarterly profits, but logged weaker iPhone sales ahead of a 10-year-anniversary model on the horizon.

During a conference call with analysts, Cook said Apple was seeing a “pause” in iPhone purchases that he felt was caused by unconfirmed “reports about future iPhones.”

Still, the company contended that iPhone sales were better than it had expected, and skewed toward large-screen iPhone 7 models that have higher margins of profit.

It is a sign of Apple’s success but also a thorny problem: its cash stockpile has hit a staggering $256.8 billion, sparking debate on what do with such massive reserves.

The tech giant has resisted the idea of bringing the cash home, because of disincentives in the US tax code — it allows multinational firms to defer profits while they are held overseas but taxes income at up to 35 percent when repatriated.