After successful Surgery in Australia, the girl with three legs coming back home

A Bangladeshi toddler born with a third leg attached to her pelvis is returning home after successful surgery in Australia.

Bangladeshi little girl born with three legs can finally walk and run after having life-changing surgery to correct her defect.

Choity Khatun, who is three, was born with caudal twinning, meaning that part of a twin had developed in her pelvis.

Australian surgeons spent months working out how to remove the extra limb and reconstruct her pelvic area.

Head of surgery at Monash Children’s Hospital in Victoria Dr Chris Kimber said, Choity’s case was very rare and the surgery had been “daunting”.

Choity was brought to Australia from her village in Bangladesh by a charity, Children First Foundation.

“The operation is sort of determined by the individual and you have to spend a lot of time trying to analyse what’s there and then plan a procedure that takes that into account,” Dr told the Australian Broadcasting Corporation.

The Australian team held extensive discussions with doctors in Bangladesh, who had already performed some surgery.

“When Choity arrived in Australia, she was very malnourished, she couldn’t work properly at all.”

Working with experts from Europe and the US, the surgeons planned a procedure that involved removing the remains of Choity’s extra limb.

Part of that leg had already been removed in an earlier operation in Bangladesh.

They removed the part of the leg that was left behind and carried out reconstruction work to ensure the little girl was continent – something that will help her to function much better back at home.

Her mother, Shima Khatun, told Australian media on Thursday she was looking forward to going home to her family and watching her daughter play. 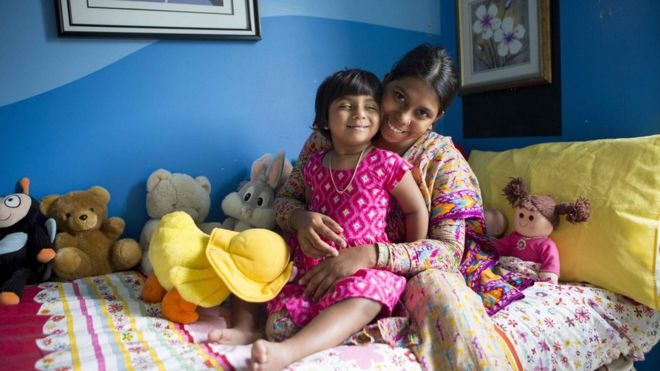