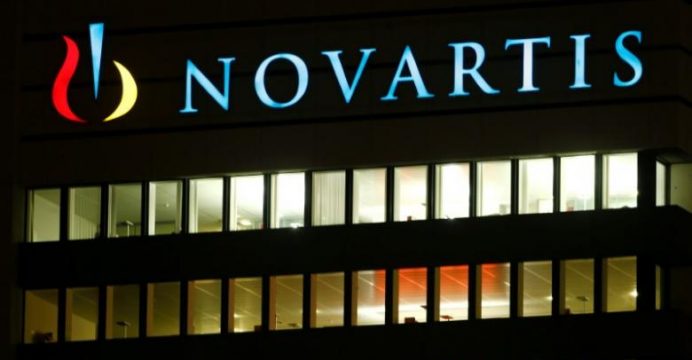 South Korea said on Thursday it has fined Swiss drugmaker Novartis 55.1 billion won ($48.80 million) for offering doctors kickbacks to recommend the company’s drugs, and also suspended insurance coverage for some of its drugs.

The Ministry of Health and Welfare said in a statement that it has preliminarily decided to suspend insurance coverage of nine variations of two drug types including Alzheimer’s drug Exelon for six months and imposed a fine on 33 variations of 15 drug brands.

The ministry said it will make a final decision next month after reviewing the drug maker’s stance on the ministry’s preliminary decision.

“We expect the Ministry of Health and Welfare to make a final decision by the end of May and understand there may be a grace period before the effective date of up to three months,” the company said.

The health ministry’s decision comes after Korea’s food and drug safety ministry levied a fine to Novartis Korea and temporarily banned sales of some of the company’s drug items in March.

Six former and current Novartis employees in South Korea were indicted in August last year over illegal practices to increase sales of the company’s drugs, and trials are under way.