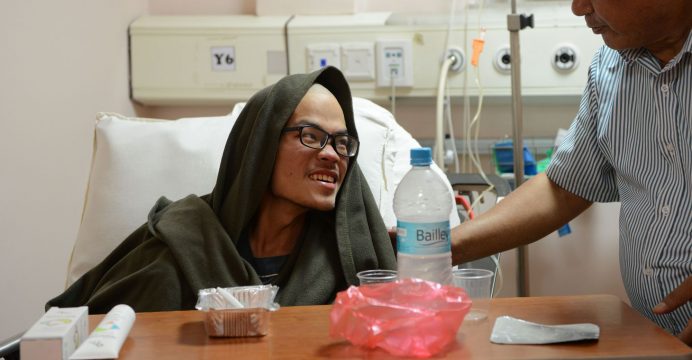 A 21-year-old trekker from Taiwan has been rescued alive in the Himalayas, 47 days after he and his girlfriend went missing.

A high-altitude search and rescue team found Liang Sheng Yueh in a canyon at around 2,600m (8,500ft) near Tipling village in Nepal’s Dhading district.

The body of his companion, 19-year-old Liu Chen Chun, was lying nearby.

Mr Liang is being treated at Grandee International Hospital in Kathmandu and is said to be out of danger.

Dr Sanjaya Karki, who is treating Mr Liang, told Surendra Phuyal of BBC Nepal: “He can speak slowly. He told me his girlfriend died three days ago. He doesn’t have trauma injuries, but his body has injuries stemming from worm-bites.”

The trekker is said to have lost 30kg (4.5 stone) since going missing seven weeks ago. His hair was full of lice when he was found, and one foot was covered with maggots.

Doctors said he appeared to have survived largely on water and salt.