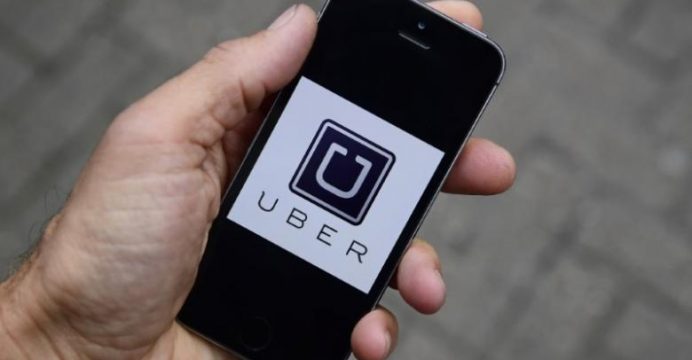 Uber’s operations in South Korea were not expected to be impacted by the ruling since it suspended its UberX service after prosecutors filed charges against the local unit in 2014 for violating the transport law, a company spokeswoman said.

Uber’s local unit has “admitted and repented” it’s illegal to act and resolved the issue, a judge at Seoul Central District Court said in a ruling. The company was fined 10 million won ($8,863), reports Reuters.

A man arrives at the Uber offices in Queens, New York, U.S.

“Uber respects the court’s decision and we are looking forward to strengthening our partnership with the government and serving riders, drivers and cities in Korea,” the company said in a statement.

Uber’s South Korean unit continues to offer its premium taxi service, UberBLACK, and uberASSIST for seniors and people with disabilities, as those services do not use private vehicles, the spokeswoman said.

The U.S.-based company links users to both licensed taxis and unlicensed cars and drivers, a business model that has faced legal challenges in several other cities across the world.