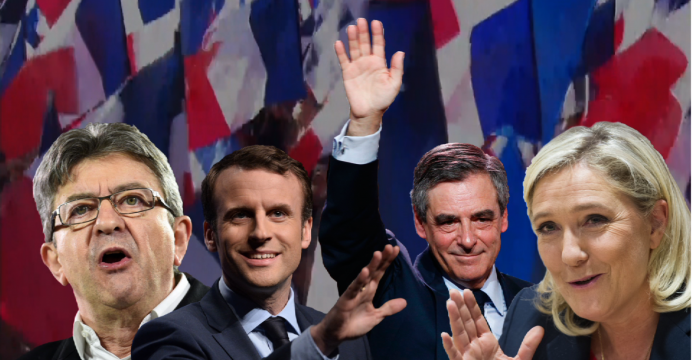 France’s place in Europe at issue in vote for president

France voted on Sunday in the first round of a bitterly fought presidential election that could define the future of the European Union, and is sure to be seen as a gauge of the anti-establishment anger that has brought upsets in Western politics.

Over 50,000 police and 7,000 soldiers backed by rapid response units patrolled streets three days after a suspected Islamist gunman shot dead a policeman and wounded two others in the heart of the capital, Paris, reports Reuters.

Voters will decide whether to back a pro-EU centrist newcomer, a scandal-ridden veteran conservative who wants to slash public expenditure, a far-left eurosceptic admirer of Fidel Castro, or a far-right nationalist who, as France’s first woman president, would shut borders and ditch the euro.

The outcome will show whether the populist tide that saw Britain vote to leave the EU and Donald Trump elected president of the United States is still rising, or starting to ebb.

But it also provides a choice between radically different recipes for reviving a listless economy that lags its neighbors, and where almost a quarter of under-25s have no job.

A high level of indecision added to the nervousness.

Hanan Fanidi, a 33-year-old financial project manager, was still unsure as she arrived at a polling station in Paris’s 18th arrondissement.

“I don’t believe in anyone, actually. I haven’t arrived at any candidate in particular who could advance things,” she said. “I’m very, very pessimistic.”

Despite fears that broad disillusionment with politics could keep voters away, the early turnout, in fair weather nationwide, was marginally up on the last election, in 2012.

Emmanuel Macron, 39, a centrist ex-banker who set up his party just a year ago, is the opinion polls’ favorite to win the first round and then beat far-right National Front leader Marine Le Pen in the two-person runoff on May 7.