French artist Abraham Poincheval, who famously spent a week inside a rock and two weeks inside a bear sculpture, has succeeded in hatching chicken eggs after incubating them for some three weeks, reports Reuters.

Poincheval embarked on his latest project in late March of imitating a mother hen by incubating some 10 eggs with his own body heat inside a glass vivarium at Paris’ Palais de Tokyo contemporary art museum. 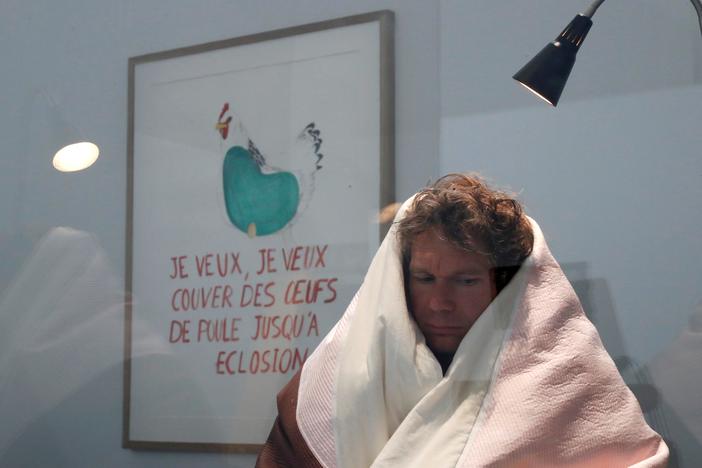 At the time, he estimated it would take 21-26 days for the eggs to hatch and the first did so on Tuesday. A spokeswoman for the museum said on Thursday nine had hatched and the chicks were on their way to a farm.

For the endeavor, Poincheval sat on a chair, wrapped in an insulating blanket, over a container with the eggs. He could leave his seat for no more than 30 minutes a day for meals. 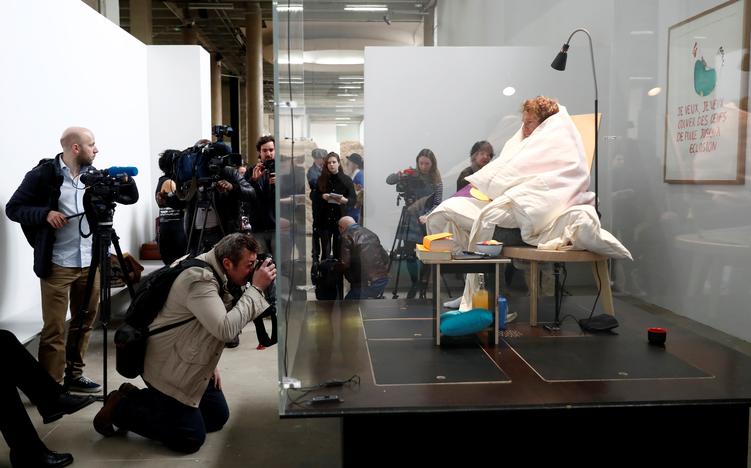 Earlier this year, the artist spent a week inside a block of stone, while in 2014, he lived in a hollowed-out bear sculpture for two weeks.