Plastic waste entering the seas from both sides of the North Atlantic is accumulating in the Arctic Ocean, where it can damage local wildlife.

The low population of the Arctic Circle means little plastic waste is generated there. However, a new study has shown that the Greenland and Barents Seas (east of Greenland and north of Scandinavia) are accumulating large amounts of plastic debris that is carried and trapped there by ocean currents.

The new study, published today in Science Advances, found that the Greenland and Barents seas have accumulated hundreds of tons of plastic debris composed of around 300 billion pieces, mainly fragments around the size of a grain of rice. The vast majority of these fragments originate form the North Atlantic. 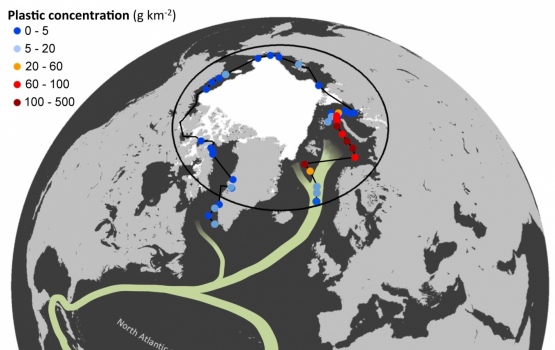 The team behind the study is composed of researchers from eight countries, led by Professor Andrés Cózar from the University of Cadiz in Spain, and including Dr Erik van Sebille from the Grantham Institute at Imperial College London.

Plastic is transported from the North Atlantic to the Arctic by the Gulf Stream, a huge ocean current that also carries warm waters from the Gulf of Mexico to northern Europe and the US east coast.

Once it gets to the Arctic Ocean, this current sinks and travels back to the equator, but the plastic does not sink with it, leaving it to build up in Arctic waters. 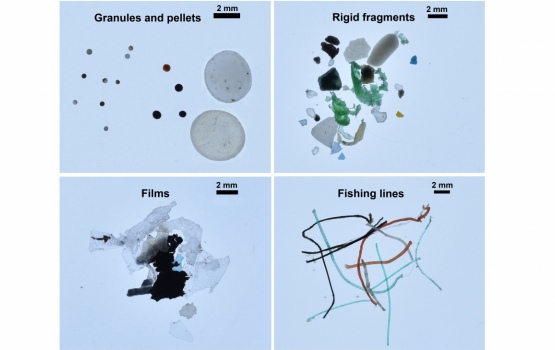