A Muslim father’s unwavering support for his teenage daughter if she chose to not wear a hijab has grabbed online attention.

Lamyaa, 17, in Pennsylvania, US tweeted a screengrab of a conversation with her father in Saudi Arabia who said he would support her “no matter what” after she told him she was considering removing her hijab. 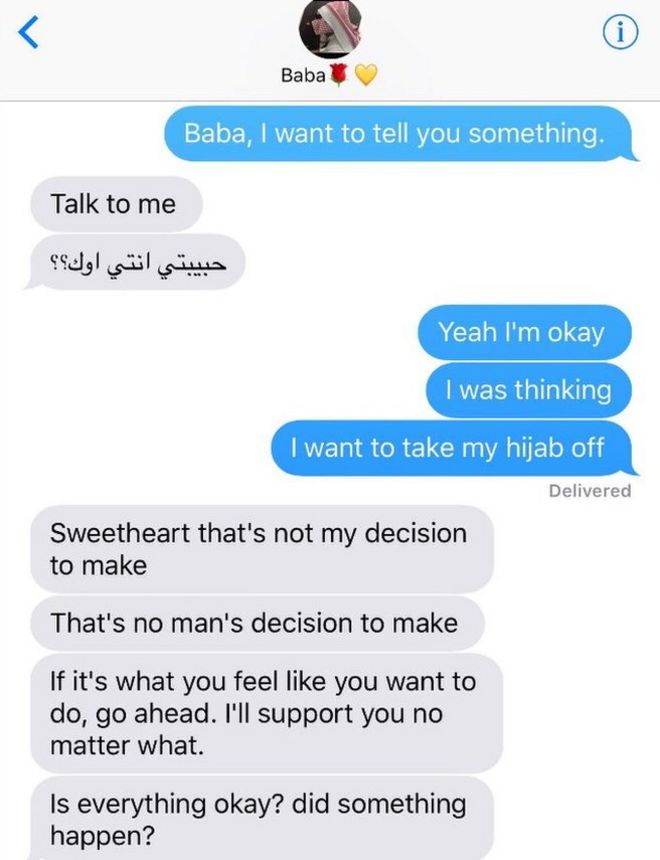 This happened after a boy in a group chat told Lamyaa that her father would likely beat her were she to take off her headscarf.

Lamyaa told the BBC that she did not actually intend to take her scarf off: “It was never part of the plan. I just wanted to prove a point.”

While some supported her father’s reaction, others said they did not have the same choice to voluntarily remove the scarf.

Commenting on how it all started, Lamyaa said: “I had very strong views considering the impact the Trump presidency has on me because I am an Arab, Muslim woman. I brought up the fact that I was Muslim [in the group chat] and that guy didn’t feel comfortable so he said what he said.

“When I saw how sweet my dad’s response was I felt that this proved something; it proved that misconceptions are often made about people who end up being the exact opposite.”

Many messaged Lamyaa support following her post, and she added that some even said it changed their views on the hijab.

“Your dad is perfect and so are you,” Twitter user @LorraineE_C told her.

Twitter user @cassiiealvarado told Lamyaa not to take off her hijab, with @mochamomma adding: “I love this whole thing. There’s trust and mutual respect and, above all, love.”