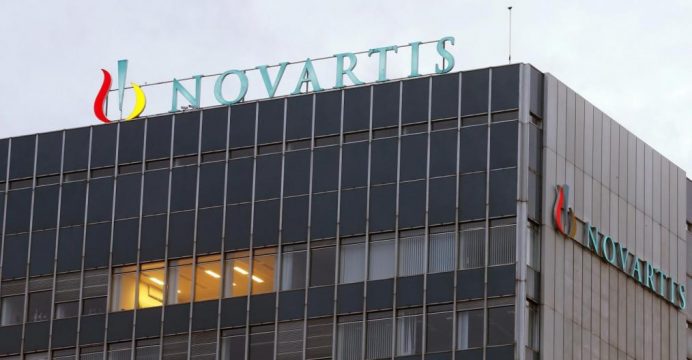 Novartis’s push into oncology and liver disease advanced on Monday﻿

Novartis’s push into oncology and liver disease, two of its treatment priorities, advanced on Monday as the Swiss drugmaker won a second U.S. breakthrough tag for its cancer gene therapy while striking a separate pact with Allergan.

Novartis also said it will combine one of its investigational drugs with Allergan’s cenicriviroc in a mid-stage trial against the liver disease known as non-alcoholic steatohepatitis, or NASH, that is growing more prevalent due in large part to obesity.

A sign marks a building on Novartis’ campus in Cambridge, Massachusetts, U.S.

Novartis’s drug development head Vas Narasimhan has highlighted oncology and NASH as two pillars of his strategy to ensure growth. Narasimhan expects CTL019 to eventually top $1 billion in sales for multiple cancer types and also has high hopes for his NASH treatments, in particular in concert with other companies.

“Collaboration is key to developing the best possible treatments that are urgently needed for NASH patients,” Narasimhan said in a statement.

Late last year, Novartis struck a $50 million licensing deal with Conatus Pharmaceuticals for a separate treatment for NASH, an area that has also been tagged as a focus by industry rivals including Gilead and Bristol-Myers Squibb.

Last month, Novartis submitted CTL019 for FDA review in young ALL patients as it races rivals including Kite Pharma to become the first to secure regulators’ approval for a CAR-T treatment, where T cells are removed from patients, re-engineered to fight their cancers, then reinfused.