“Star Wars” is beefing up its girl power through a new series of animated short movies featuring the sci-fi saga’s heroines including Princess Leia, Rey and Jyn Erso.

Walt Disney Co and Lucasfilm announced on Thursday that “Star Wars Forces of Destiny” will focus on the “untold stories of everyday heroism that shape the destinies” of the main female characters in the franchise.

The move is the latest by Disney to broaden the male-dominated audience for the “Star Wars” series, which is celebrating the 40th anniversary of the original 1977 film starring Carrie Fisher, Harrison Ford and Mark Hamill.

The 2-3 minute shorts will be launched on Disney YouTube in July and followed by more shorts on Disney Channel television in the autumn. A range of new action figures and dolls, as well as other merchandise, will also be released.

“‘Star Wars Forces of Destiny’ is for anyone who has been inspired by Leia’s heroism, Rey’s courage, or Ahsoka’s tenacity,” Kathleen Kennedy, president of Lucasfilm, said in a statement.

Actors Daisy Ridley (Rey), Felicity Jones (Jyn) and Lupita Nyong’o (Maz Kanata) will voice their characters. The voice for Princess Leia, played in the movies by Carrie Fisher, will be supplied by Shelby Young following Fisher’s sudden death of a heart attack in December. 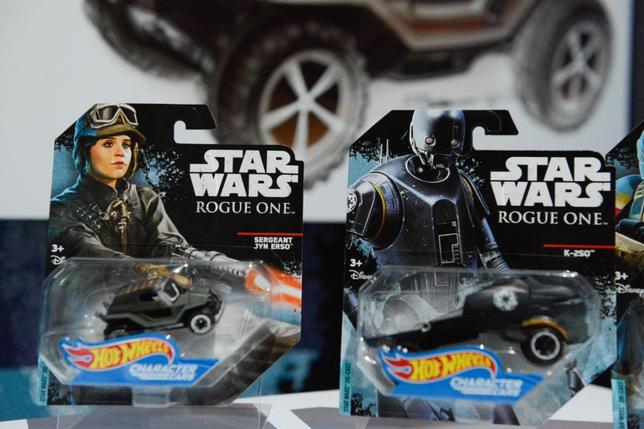 Fans launched a social media campaign #WheresRey in 2016 when Ridley’s fearless Rey in “Star Wars: The Force Awakens” was missing from some of the film’s toys and merchandising.

The new range will include a doll in which Rey swings her lightsaber, her extendable staff and an electronic Jedi power lightsaber toy.

John Frascotti, president of toymaker Hasbro Inc, said in a statement the “Star Wars” fan base has broadened over the last 40 years, and the “Forces of Destiny” toy line would “help connect with new audiences as well as appeal to existing fans.”