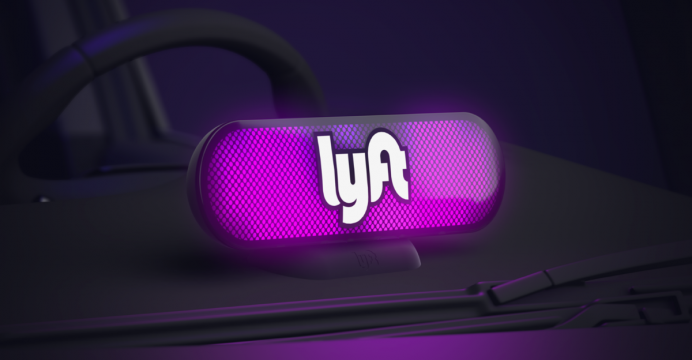 Ride-services company Lyft has raised $600 million in fresh funding, fuel for the company’s growth as it continues to compete fiercely with larger rival Uber Technologies Inc. Lyft said on Tuesday it closed the widely anticipated funding round, which had been in progress for weeks.

The $600 million came mostly from large global investment funds rather than startups’ traditional funding source of venture capital. The round values the company at $7.5 billion, a sharp increase from the $5.5 billion valuations at Lyft’s last financing more than a year ago, reports Reuters.

In January 2016, Lyft raised $1 billion, half of which came from automaker General Motors Co. Both the funding total and the valuation exceed previous targets. Last month, a source close to the company said Lyft was aiming to raise $500 million at a valuation of $6 billion to $7 billion.

A smartphone app for Lyft drivers is seen during a photo opportunity in San Francisco, California

The funding round is an example of the broader trend of how pension funds, sovereign wealth funds, family offices and large asset managers that have traditionally invested in public companies are now putting more of their money into private tech startups in hopes of better returns.

Lyft is Uber’s main competitor in the United States, although Lyft has trailed Uber in market share in most regions of the country. The company has heavily invested in growth, and so far this year has expanded its service to 100 new cities, bringing the total number of cities in which Lyft operates to 300.

In the first quarter this year, Lyft said it completed 70.4 million rides, up nearly two-and-a-half times from the same time period a year ago.

Uber, too, continues to grow, despite a series of recent embarrassments that include allegations of sexual harassment from a former employee, a video that was released of Chief Executive Officer Travis Kalanick harshly berating a driver, a lawsuit from Alphabet Inc’s self-driving car unit accusing Uber of stealing intellectual property and a succession of executive departures. Uber said last month it reached a record number of weekly rides in the U.S.