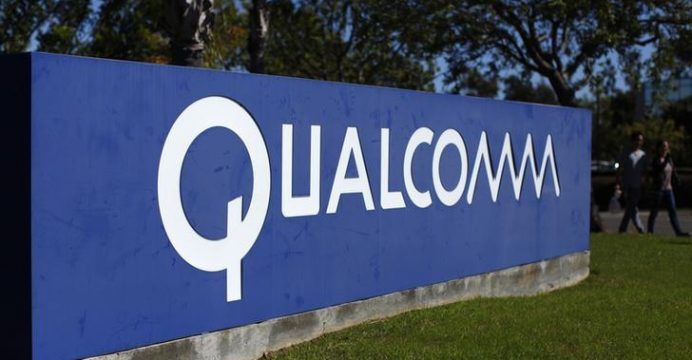 Qualcomm has moved on the offensive in its legal battle with Apple with a countersuit claiming the iPhone maker breached agreements and encouraged regulatory attacks worldwide on the US computer chip maker.

In a legal filing on late Monday, Qualcomm denied the charges made by Apple in its January lawsuit, while accusing Apple of failing to negotiate in good faith on patent royalties, reports BSS.

Apple’s complaint argued that Qualcomm abused its market power to demand unfair royalties, echoing charges by US antitrust regulators and authorities around the world.

But Qualcomm responded that Apple was abusing its position in the smartphone market to reduce the royalties it pays for technologies contributing to the success of the iPhone.

“Apple’s goal is clear — to leverage its immense power to force Qualcomm into accepting less than fair value for the patented technologies that have led innovation in cellular technology and helped Apple generate more than $760 billion in iPhone sales,” Qualcomm’s filing states.

It added that Apple has encouraged antitrust regulators around the world — with complaints launched in South Korea, the European Union and elsewhere — by “intentionally giving government agencies false and misleading information and testimony about Qualcomm.”

Qualcomm seeks damages from Apple “for reneging on its promises in several agreements,” the company said in a statement.

In January, the US Federal Trade Commission hit Qualcomm with an antitrust suit alleging it abused its dominant position in the market for processors used in cell phones and other devices, resulting in higher prices for consumers.

The complaint said Qualcomm’s practices amount to “unlawful maintenance of a monopoly in baseband processors,” which are devices that enable cellular communications in phones and other products. Qualcomm rejected the claims as “flawed.”

The San Diego, California, group in 2015 agreed to pay $975 million to settle antitrust charges in China. The tech group is challenging an EU competition inquiry which could result in a fine of up to 10 percent of its annual sales, which amounted to $26.5 billion for Qualcomm in 2015.