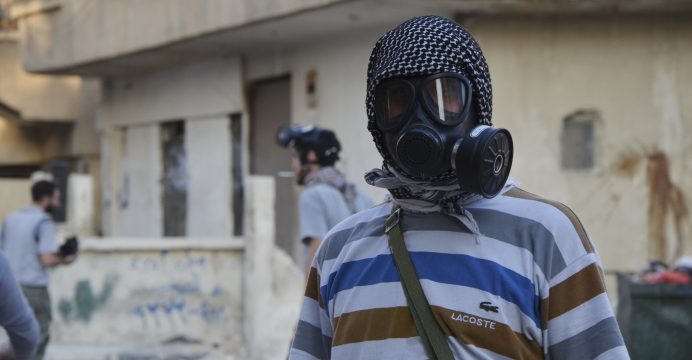 Allies of Damascus have threatened reprisals against any party that carries out “aggression” against Syria, two days after US missile strikes hit a Syrian airbase.

“The United States knows very well our ability to react,” said the statement published on the website of Al-Watan, a daily newspaper close to the regime.

The statement also accused the US of acting before any investigation into the suspected chemical attack was conducted and did not wait for any UN approval.

“We, as Syria’s allies, will increase our military support toward Syria and support its people in many other ways,” the statement said.

On Friday, the US carried out its first military action against Bashar al-Assad’s government since the start of Syria’s six-year war.

The cruise missile strike came after a suspected chemical attack on Idlib’s rebel-held town of Khan Sheikhoun on Tuesday killed at least 87 people, including many children.

“We condemn any attack targeting civilians and also condemn what happened in Khan Sheikhoun, even if we are convinced it was a premeditated act by certain countries and organisations to serve as a pretext to attack Syria,” Sunday’s statement added.