North Korea said on Saturday U.S. missile strikes against a Syrian airfield on Friday were “an unforgivable act of aggression” that showed its decision to develop nuclear weapons was “the right choice a million times over”.

The response by North Korea’s foreign ministry, carried by the official KCNA news agency, was the first since U.S. warships in the Mediterranean Sea launched dozens of missiles at a Syrian air base which the Pentagon says was involved in a chemical weapons attack earlier in the week.

“The U.S. missile attack against Syria is a clear and unforgivable act of aggression against a sovereign state and we strongly condemn this,” KCNA quoted an unnamed spokesman for the North Korean foreign ministry as saying.

“The reality of today proves our decision to strengthen our military power to stand against force with force was the right choice a million times over,” KCNA said. 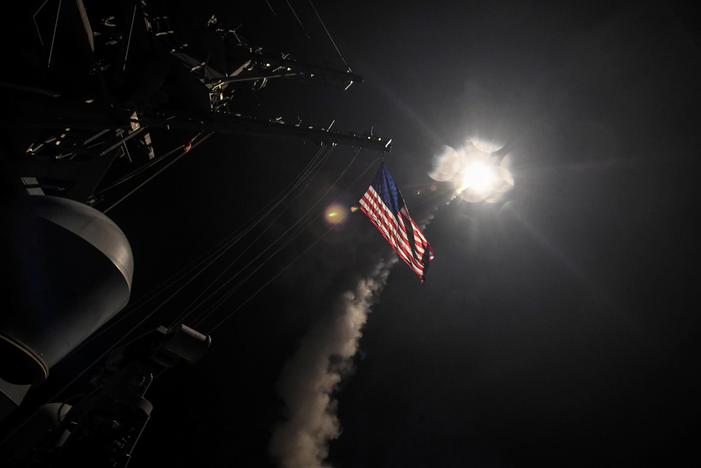 Al-Assad thanked Kim for recognizing the Syrian struggle to “meet such challenges as sinister actions of the world’s terrorists and encouraged Syria to successfully weather the crisis without fail,” KCNA said.

The exchange of messages came before the U.S. airstrikes, which were U.S. President Donald Trump’s biggest foreign policy move since taking office in January in reaction to what Washington says was a gas attack by al-Assad’s government that killed at least 70 people in a rebel-held territory.

Syria denies it carried out the attack.

North Korea is believed to be developing missiles capable of hitting the United States and a nuclear arsenal in defiance of U.N. sanctions. It has conducted five nuclear tests — two since the beginning of last year — and scores of missile tests.