Aung San Suu Kyi has denied there is ethnic cleansing of the Rohingya Muslim minority in Myanmar, despite widespread reports of abuses.

In an exclusive interview with the BBC, the Nobel peace prize winner acknowledged problems in Rakhine state, where most Rohingya people live.

But she said ethnic cleansing was “too strong” a term to use. 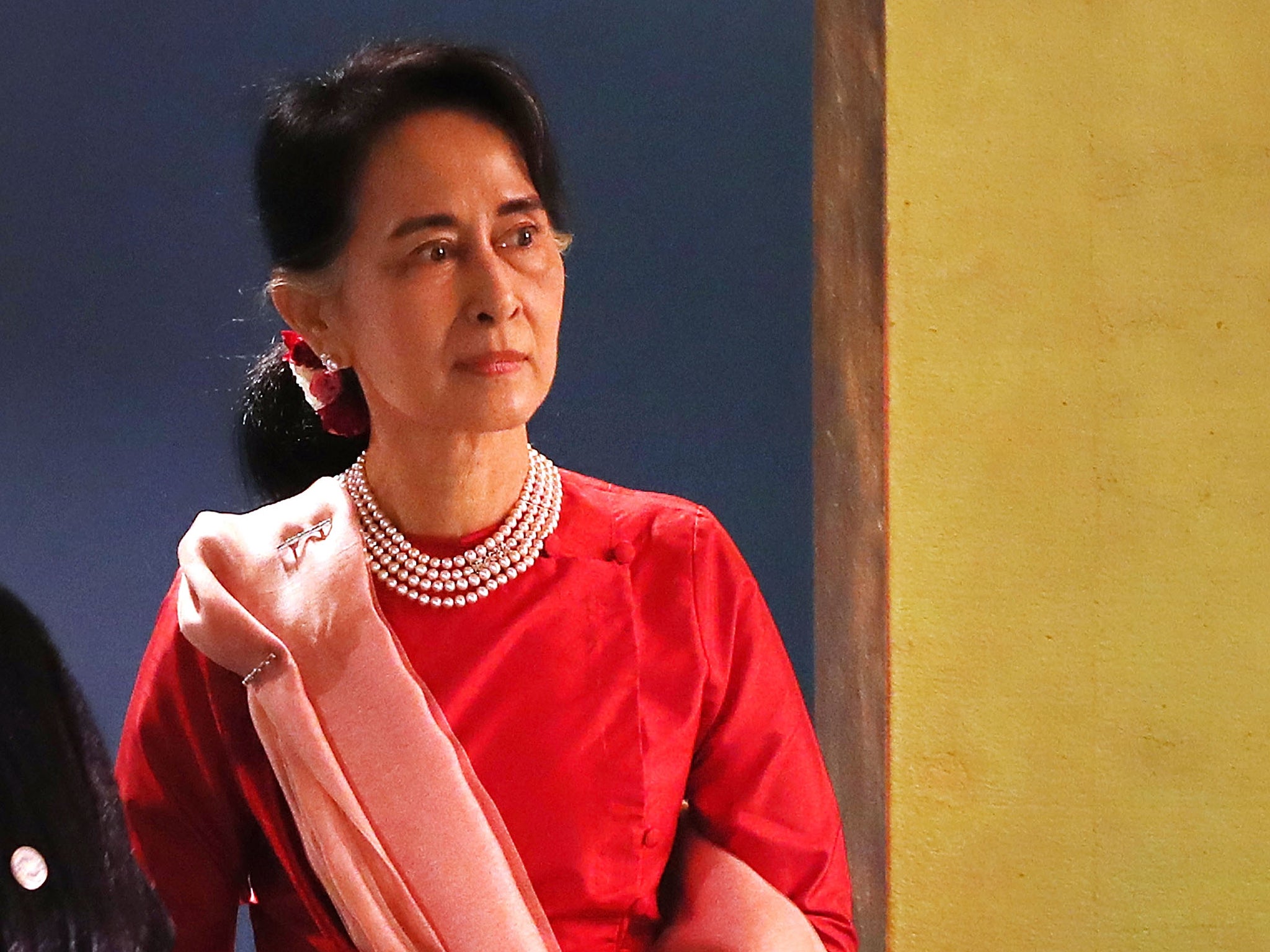 Instead, Myanmar’s de-facto leader said the country would welcome any returning Rohingya with open arms.

“I don’t think there is ethnic cleansing going on. I think ethnic cleansing is too strong an expression to use for what is happening,” she told the BBC’s special correspondent Fergal Keane.

Ms Suu Kyi added: “I think there is a lot of hostility there – it is Muslims killing Muslims as well, if they think they are co-operating with the authorities.

“It is not just a matter of ethnic cleansing as you put it – it is a matter of people on different sides of the divide, and this divide we are trying to close up.”

The Rohingya are denied citizenship in Myanmar, also known as Burma, which views them as illegal immigrants from Bangladesh. They face routine official and public discrimination.

Tens of thousands of Rohingya live in make-shift refugee camps after being displaced by communal violence in 2012.

In recent months, some 70,000 have fled to Bangladesh to escape a government military operation in Rakhine, launched after nine policemen were killed in an attack.

The United Nations announced last month it was to conduct an investigation into allegations the military has been indiscriminately targeting the Rohingya during the operation, subjecting them to rape, murder and torture. The government has denied this.

For many, Ms Suu Kyi’s perceived silence on the Rohingya has damaged the reputation she earned as a beacon for human rights, thanks to her decades-long battle against the military junta, during much of which she was under house arrest.

She has come under increasing pressure internationally on the issue.

But speaking in a face-to-face interview for the first time this year, Ms Suu Kyi said she had answered questions on the issue previously.

“This question has been asked since 2013, when the last round of troubles broke out in Rakhine.

“And they [the journalists] would ask me questions and I would answer them and people would say I said nothing.

“Simply because I did not make the statements people wanted, which people wanted me to make, simply to condemn one community or the other.”

Ms Suu Kyi said she had no idea why the October attacks were carried out, but speculated it may have been an effort to derail attempts to negotiate peace between the Myanmar state and the country’s various armed ethnic insurgent groups.

She also denied the army had free rein to do whatever it liked.

“They are not free to rape, pillage and torture,” she said. “They are free to go in and fight. That is in the constitution. Military matters are to be left to the army.”

However, she did acknowledge that regaining control of the military was something the government still hoped to do. Under the current constitution, the military operates independently of the governing party.

I meet her in Nay Pyi Daw, a relic of the absurdity and paranoia of military rule, a capital marooned far from the people, designed to keep the generals safe but where the new democratic government is now trying to consolidate a hold on power.

I first interviewed Aung San Suu Kyi more than two decades ago on her release from the first period of house arrest in July 1995. Since then I have followed her progress through renewed house arrest, military crackdowns and then the triumph of democratic elections last year.

The atmosphere when we met was friendly. She discussed her government’s achievements but refused absolutely to accept that the Rohingya Muslims in Rakhine state were the victims of ethnic cleansing.

These days she is wary of the international media, disdainful of her international critics, far more the steely politician than the global icon feted from capital to capital when she was released seven years ago.

Ms Suu Kyi also defended the progress her government had made since sweeping to power in March last year.

The number one priority – creating jobs – had been helped by investment into roads, bridges and bringing electricity to communities. Healthcare has also improved, and more free elections have been held.

Other priorities included creating a peace in a country which has almost continuously been in a state of civil war.

And then there was discussion of giving citizenship to those who had been denied it under the military junta – like the Rohingya.

As for those Rohingya who have fled Myanmar to neighbouring countries, Ms Suu Kyi said: “If they come back they will be safe. It is up for them to decide, some have come back.