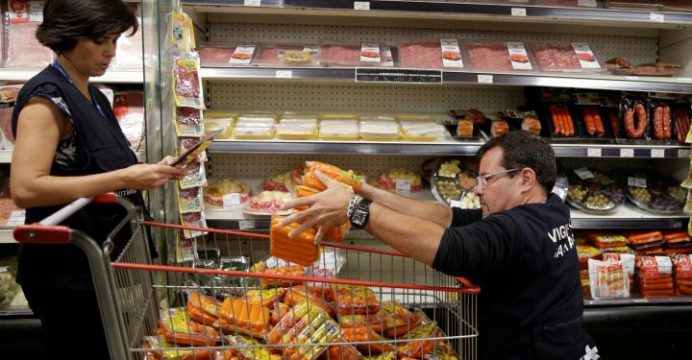 A police investigation into alleged unsanitary and corrupt practices has badly damaged the reputation of Brazil’s meatpacking industry and could wipe more than 10 percent off its global market share, Agriculture Minister Blairo Maggi said on Wednesday.

Maggi, a former state governor and a billionaire soy farmer, told a Senate Committee that his main concern was that China and Hong Kong have not yet taken a definitive stance on their bans of meat from Brazil, the world’s biggest producer of beef and poultry, reports Reuters.

China and Hong Kong are the top two importers of Brazilian meats, last year buying nearly one-third of the $14 billion worth of meat that Latin America’s largest economy exported.

Maggi, speaking before a joint Senate committee, told lawmakers that if the government does not take quick action to tamp down the scandal, it could take Brazil up to five years to recoup the global market share it would lose.

The minister added that before the police investigation was made public last week, Brazil typically exported $64 million worth of meat a day, but that figure dropped to $74,000 on Tuesday.

The two-year investigation dubbed “Weak Flesh” has lodged accusations against more than 100 people, mostly health inspectors, for taking bribes and allowing the sale of rancid products, falsifying export documents, or failing to inspect meatpacking plants at all.

The probe by Brazil’s federal police comes amid a sprawling three-year investigation into billions of dollars in political kickbacks paid by construction giants to win contracts with state-controlled firms, especially oil company Petrobras.

The industry took a domestic hit Wednesday, as Walmart Brasil said in a statement that it had suspended the sale of all products from 21 processing plants named so far by police as under investigation.

The Brazilian government had already banned exports from those 21 plants – but allowed them to continue production and sales to the domestic market, a move that has angered some watchdog groups.

“Is the health of a Brazilian consumer not worth the same as that of a foreigner?” said Sonia Amaro, head of institutional relations at the Proteste consumer protection group. “Brazilian industry has a history of this, of offering inferior or dangerous products to domestic customers while sending better goods overseas.”

Maggi and other government leaders have aggressively tried to assure the public that this is not the case and that the meat supply does not pose any health risks.

They say the problems uncovered by police are isolated events, that those involved will be fired, and that the investigation focuses mostly on corruption, not tainted products.

But Rafael Alcadipani, a professor of organizational studies at the Getulio Vargas Foundation in Sao Paulo, refutes the government’s argument.

He said too little is yet known about the findings of the ongoing investigation, and that corruption is possibly a worse finding than batches of rotten meat. If inspectors were paid to not do their jobs, it is impossible to know if putrid products entered the market, Alcadipani said.

“Because Brazil has the world’s biggest meatpackers, those businesses have huge influence with the government, so the government will go to all lengths to protect them,” he said.

“Officials are clearly trying to focus attention away from the central question, which is whether or not there is systematic corruption in the sanitary system. Only allowing the investigation to play out will answer that.”