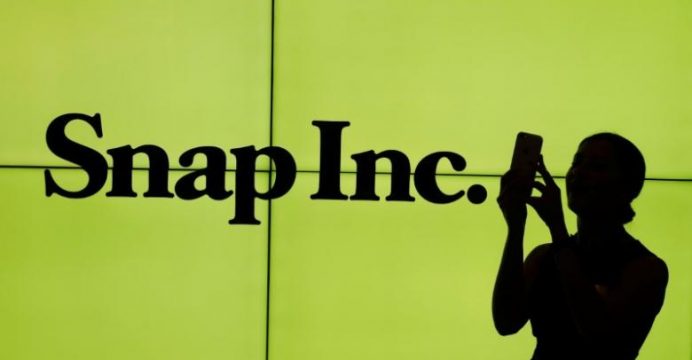 Shares of Snap Inc jumped 9 percent on Wednesday after the owner of messaging app Snapchat received a second analyst “buy” rating following a red-hot public listing this month and with Wall Street skeptical about its lofty valuation.

The listing on March 1 was the largest by a technology firm in three years, but trading has been volatile, with many investors critical of lack of profitability and decelerating user growth, reports Reuters.

Snap’s stock was up 7.1 percent at $21.84 early Wednesday afternoon and traders bought call options contracts at the fastest pace since they first became available on March 10, according to options analytics firm Trade Alert.

A call conveys the right to purchase shares at a fixed price and is usually used to bet on share price gains. In the newest vote of confidence for Snap, Drexel Hamilton analyst Brian White on Tuesday launched coverage with a “buy” rating and a $30 target price.

“We view Snap as a platform for the imagination that unlocks the creativity of its users and allows uninhibited expression with friends. Snap is a fun place to spend time which can be monetized,” White wrote in a note to clients.

The Los Angeles-based company’s app, which allows users to share short-lived messages and pictures, is popular with young people but faces intense competition from larger rivals such as Facebook Inc’s Instagram. Snap has warned it may never become profitable.

Based on the analysts’ average buy, sell and neutral recommendations, Snap has the second-worst rating among 282 U.S. companies that have a market capitalization of at least $20 billion, according to Thomson Reuters data. The worst-rated is Sprint Corp.

Most analysts do not expect the stock to rise over the next year. Including White, two analysts now recommend buying Snap’s stock, while five recommend selling, and four have “neutral” ratings, according to Thomson Reuters data. Their median price target is $21. In its first two days of trading, Snap surged 59 percent from its $17 initial public offering price.