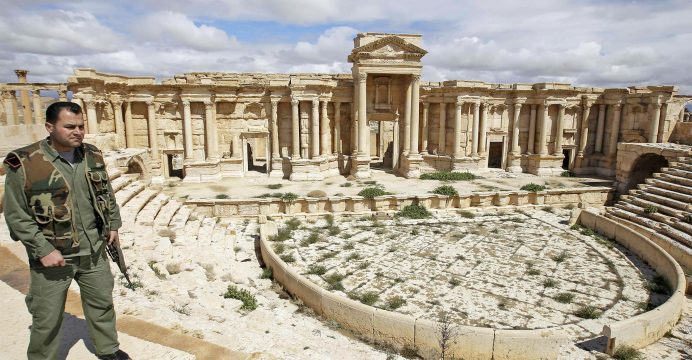 Russia’s force in Syria has suffered losses since late January more than three times higher than the official toll, according to evidence gathered by Reuters, a tally that shows the fight in Syria is tougher and more costly than the Kremlin has disclosed.

Eighteen Russian citizens fighting alongside Moscow’s allies, the Syrian government forces, have been killed since Jan. 29 — a period that coincided with intense fighting to recapture the city of Palmyra from the Islamic State group.

The Russian defense ministry has publicly reported only five servicemen’s deaths in Syria over the same period, and its officials’ statements have not mentioned any large-scale Russian ground operations in the fight for Palmyra, reports Reuters.

Military casualties abroad are not as politically sensitive in Russia as in some other countries but send a negative message ahead of a presidential election next year which is expected to give President Vladimir Putin a fourth term.

The toll was revealed in interviews with relatives and friends of the dead men, cemetery workers, local media reports of funerals and evidence collected by a group of investigative bloggers, Conflict Intelligence Team (CIT).

In each case, Reuters has independently verified information about the death by speaking to someone who knows the dead man.

The casualties since the end of January represent one of the highest tolls for the Russian contingent in Syria since the start of Moscow’s military intervention 18 months ago.

Most of the dead were not regular Russian soldiers but Russian civilians working as private military contractors under the orders of Russian commanders. Moscow has not officially acknowledged the presence of the contractors in Syria.

One of the 18 men killed was Yuri Sokalsky, a 52-year-old from the Russian Black Sea resort of Gelendzhik who, according to a person close to him, signed up to go to Syria in January with a group of private contractors.

In one of his last phone calls home, the person close to him said, he expressed surprise at the large numbers of Russian contractors being despatched to Syria, and relayed what he had been told about the intensity of the combat.

the person recalled Sokalsky as saying. The person asked not to be identified, fearing repercussions for revealing information that is sensitive for the Russian authorities.