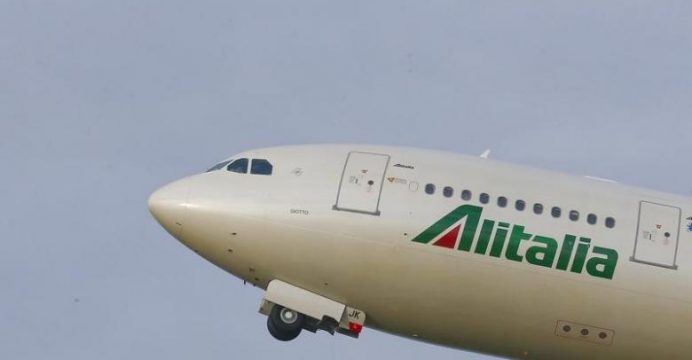 Troubled airline Alitalia on Friday presented trade unions with plans to cut over 2,000 jobs and slash salaries by up to a third under a cost-cutting survival plan.

Unions said the job cuts would total more than 2,400, nearly a fifth of the company’s global headcount, while the company put the total at 2,000 and said there plans to recruit 500 new cabin crew by 2019 as the restructuring hopefully brings a return to profitability, reports BSS.

“Headcount reductions are a painful but necessary action that, alongside other cost reductions, will stabilise our financial situation and create long-term sustainability,” the Australian executive said.

“These changes are essential if we are to compete effectively in the extremely tough European aviation market.”

PAY CUTS FOR THE REST

Union officials told reporters that staff who survive the cull are being asked to accept drastic pay cuts — up to 28 percent for pilots and up to 32 percent for hostesses and stewards.

The unions called for a strike on April 5 to protest a restructuring plan which is likely to be closely scrutinised by the Italian government, which has been critical recently of the way Alitalia has been managed under the de facto control of Etihad Airways, Ball’s former employer.

Extensive jobs cuts have been anticipated for months at the loss-making Italian carrier. Etihad acquired a 49 percent stake when it saved Alitalia from bankruptcy in 2014.

The Emirati airline entered the partnership declaring its intention to transform Alitalia into a leaner operation with industry-leading service standards – both goals it has failed to deliver, according to industry analysts.

The latest survival plan involves cutting costs by one billion euros ($1.07 billion) by the end of 2019 whilst simultaneously growing sales by 30 percent.

The company had said on Wednesday this would depend on unions agreeing new working arrangements and job cuts – issues which had already prompted a series of strikes in recent months.

One dispute focused on whether air hostesses can be required to clean the onboard toilet cabins. Alitalia is also planning to change course on strategy with the company promising a more aggressive pursuit of customers who have abandoned it for lowcost rivals.

The company had previously targeted a return to the black in 2017 but its losses amounted to 460 million euros last year and are forecast to be on a similar scale this year.

Alitalia said two thirds of the hoped-for savings would come from non-labour related costs and said unions should buy into the prospect of a brighter future.

Achieving profitability by 2019 would mean six new long-haul aircraft joining its fleet between 2019 and 2021. The airline is planning to launch ten new long-haul routes between 2017 and 2021 and to recruit up to 500 new crew members by 2019, it said.

Ball added: “Together with trade unions, and with the support of the Italian government, we will work respectfully and fairly at ways in which to minimise the impact of the business plan on our people.”

Italy’s minister for Economic Development, Carlo Calenda, said in January that Alitalia had been badly managed under Etihad and warned that management mistakes should not “fall on the shoulders of the employees.”