The diplomatic spat between Turkey and the Netherlands spread online on Wednesday when a large number of Twitter accounts, many with no apparent connection to the dispute, were hijacked and replaced with anti-Nazi messages in Turkish.

The attacks, which appeared to be simply a form of political vandalism and used the hashtags #Nazialmanya or #Nazihollanda, took over accounts of high-profile CEOs, publishers, government agencies, politicians and also some regular Twitter users , reports Reuters.

The account hijackings took place as the Dutch began voting on Wednesday in national elections seen as a test of anti-establishment and anti-immigrant sentiment held in the midst of a diplomatic spat with Turkey. 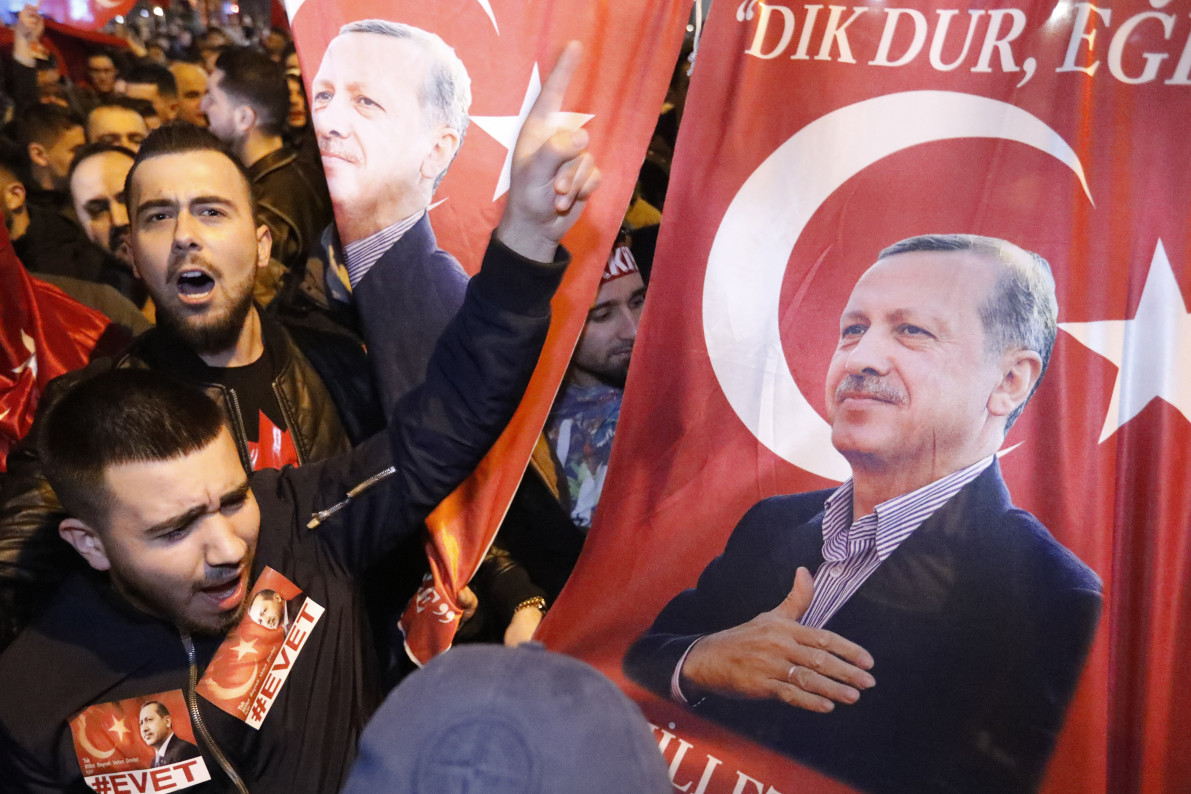 President Tayyip Erdogan has suspended high-level diplomatic ties with the Netherlands and branded the country’s citizens “Nazi remnants” for preventing his ministers at the weekend from addressing rallies of Turks living there.

Hijacked accounts featured tweets with Nazi symbols, a variety of hashtags and the phrase “See you on April 16”, an apparent reference to the date of Turkey’s planned referendum to grant Erdogan more powers.

The Twitter accounts hijacked included those of the European Parliament and the personal profile of French politician Alain Juppe.

They also included the UK Department of Health and BBC North America, both of which subsequently appear to have recovered, along with the profile of Marcelo Claure, the chief executive of U.S. telecoms operator Sprint Corp, which remains hijacked.

Other accounts included publishing sites for Die Welt and Forbes and several non-profit agencies including Amnesty International and UNICEF USA as well as Duke University.

The Twitter profile of BBC North America noted: “Hi everyone – we temporarily lost control of this account, but normal service has resumed”.

A Twitter spokesman said the company was aware the service was hacked and that it had begun to investigate: “We quickly located the source which was limited to a third party app. We removed its permissions immediately,” the statement said. It added that no additional accounts are affected.

At least some of the hijacked tweets appear to have been hooked up to Twitter Counter, a Netherlands-based Twitter audience statistics company. In a tweet on the company’s own twitter profile, it acknowledged the service had been hacked.

“We’re aware that our service was hacked and have started an investigation into the matter. We’ve already taken measures to contain such abuse,” it said, including the ability to post tweets through the Twitter Connect app.