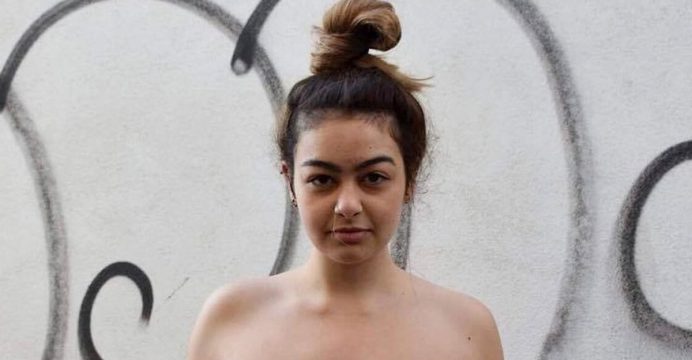 A furious student has blasted Facebook after it removed her naked anti-Trump protest pictures.

Outraged Emma Dyason, 19, posted the images to protest against US President Donald Trump .

They featured nude models holding cards with ‘sexist quotes made by Trump’ written on them.

But despite their ‘important areas’ being covered up, the social network decided to take the images down.

Ms Dyason, from Fritwell, Oxfordshire, explained: “Last week I produced and executed a photo shoot, taking a feminist/protest approach by writing sexist quotes made by Trump onto scrap pieces of cardboard, and having women pose ‘nude’ in the aim to empower women.

“I posted three of the images on Facebook, which resulted in many people sharing the post, much to my delight.

“A day after posting the images, I received a message from Facebook informing me that they had removed the post due to “female nudity,” and also threatened to close my account.

“Due to the fact not one of these images showed any kind of nudity, as all important areas were covered, either by nipple tape, or the sign, I was outraged.”