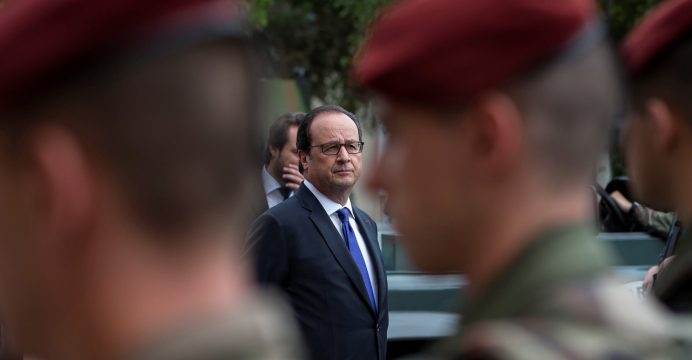 France’s Hollande fires back at Trump over Paris comments

French President Francois Hollande fired back at Donald Trump on Saturday after the U.S. president remarked in a speech that a friend thought “Paris is no longer Paris” after attacks by Islamist militants.

“There is terrorism and we must fight it together. I think that it is never good to show the smallest defiance toward an allied country. I wouldn’t do it with the United States and I’m urging the U.S. president not to do it with France,” Hollande said, reports Reuters.

“I won’t make comparisons but here, people don’t have access to guns. Here, you don’t have people with guns opening fire on the crowd simply for the satisfaction of causing drama and tragedy,” Hollande said, responding to questions during a visit at the Paris Agric fair.

During a speech at the Conservative Political Action Conference on Friday, Trump repeated his criticism of Europe’s handling of attacks by Islamist militants saying a friend “Jim” no longer wanted to take his family to Paris.

More than 230 people have died in a series of assaults in France since the beginning of 2015, and the country has been under a state of emergency rules since November the same year.

Trump’s comments also drew a rebuke from the mayor of Paris Anne Hidalgo.