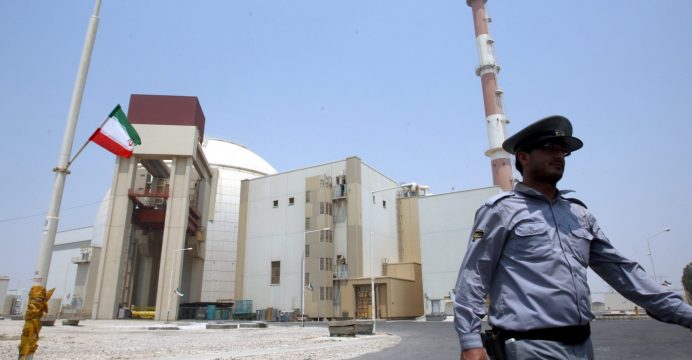 Iran has roughly half the enriched uranium allowed under a deal with major powers, the U.N. nuclear watchdog said on Friday, after large amounts were made officially unrecoverable, excluding them from the total.

The agreement that the United States, Britain, France, Germany, China and Russia reached with Iran in 2015 restricts Iran’s nuclear activities in exchange for the lifting of international sanctions against the Islamic Republic.

The restrictions include limiting the level of purity to which Iran can enrich uranium, and capping its stock of low-enriched uranium at roughly 203 kg, a cap that Iran had recently come close , reports Reuters.

“As of 18 February 2017, the quantity of Iran’s uranium enriched up to 3.67 percent U-235 was 101.7 kg,” the International Atomic Energy Agency (IAEA) said in a confidential report on Iran’s nuclear activities obtained by Reuters.

The quarterly report to IAEA member states is the agency’s first since the inauguration of U.S. President Donald Trump, a vocal critic of the agreement.

The major powers and Iran published agreements in December and January specifying types of uranium that would be considered unrecoverable and therefore excluded from its stock of low-enriched uranium.

This included low-enriched uranium that has been mixed in with solid waste so it cannot be used without elaborate treatment Iran is banned from using under the agreement.