Trump announced the counterinsurgency strategist’s appointment at his Florida estate Mar-a-Lago, ending a one-week search to replace Michael Flynn, who lasted less than a month on the job.

Flynn was forced to resign on February 13, after questionable contacts with the Russian government and revelations that he lied about them to the vice president and the FBI.

Trump scrambled to replace Flynn after retired vice admiral Robert Harward turned down the post, amid a wrangling over lower-level National Security Council appointments and a meandering Trump press conference.

The White House said that Trump “gave full authority for McMaster to hire whatever staff he sees fit.”

The 54-year-old McMaster is know for his criticism of the US military’s handling of Vietnam War and his own service as a commander in northern Iraq in 2005.

A 1997 book he authored is pointedly titled “Dereliction of Duty: Lyndon Johnson, Robert McNamara, the Joint Chiefs of Staff and the Lies That Led to Vietnam.”

His experience in Iraq’s Tal Afar is likely to come in useful as US and allied forces attempt to retake nearby Mosul from the Islamic State group. 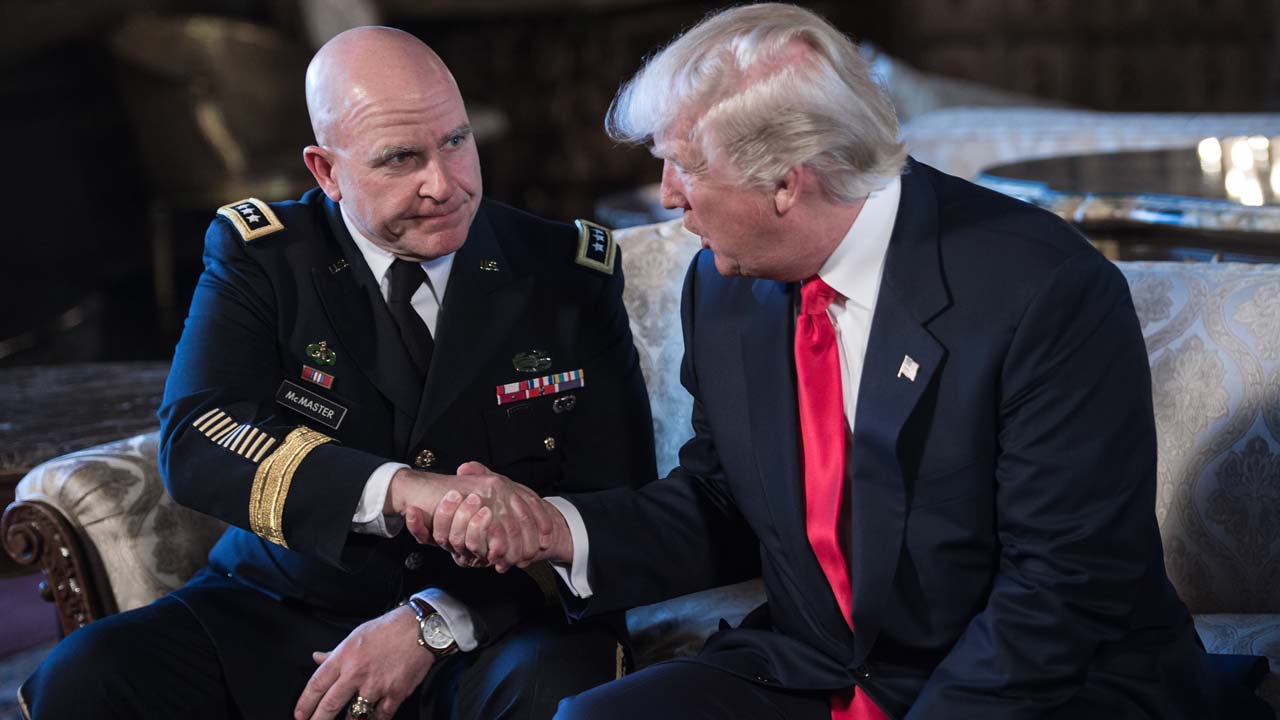 McMaster, still dressed in uniform, appeared with Trump on a sofa in the glitzy living room of Mar-a-Lago as music played overhead.

“He is highly respected by everyone in the military and we’re very honored to have him.”

McMaster is another name on the long list of Trump advisors who have been plucked from the military.

Among others, Trump has named retired officers as his defense secretary and homeland security secretary.

McMaster was most recently the deputy commanding general of the Futures Center at US Army Training and Doctrine Command at Fort Eustis.

Trump said McMaster would work in a “very, very special” collaboration with Keith Kellogg, a retired three-star general who had served as acting national security advisor since Flynn resigned a week ago.

Kellogg will act as NSC chief of staff.