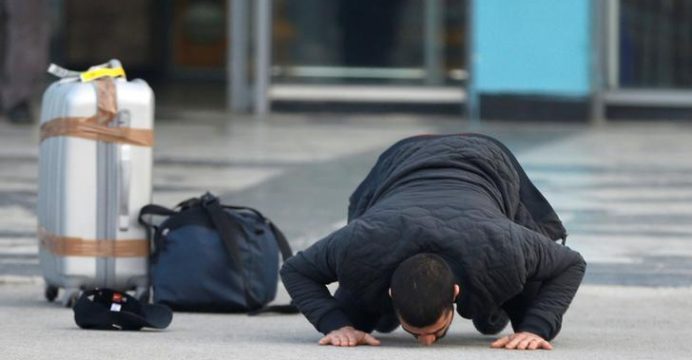 Germany deported a record 80,000 migrants denied asylum last year and that figure will rise again in 2017, a top official said, as Chancellor Angela Merkel seeks to win back conservative voters before elections in September.

Peter Altmaier, Merkel’s chief of staff, told Bild am Sonntag newspaper that nearly half of 700,000 asylum requests made in 2016 had been rejected, spelling another record high in deportations this year, reports Reuters.

To placate conservatives put off by Merkel’s decision in 2015 to open German borders to refugees, leaders of her Christian Democrat party (CDU) have been pushing to deport more migrants whose applications have failed or foreigners who have committed crimes.

Altmaier said it was important to send these people home promptly in order to maintain a high level of public support for the asylum system.

Germany has taken in more than a million migrants in the last 18 months, often fleeing war and turmoil in Syria, Iraq and Afghanistan.

Those seeking asylum need to show they would face persecution at home. Many whose applications are rejected have nevertheless been allowed to stay temporarily, a practice that Merkel’s conservatives want to scale back.

“We sent home 80,000 last year whose asylum applications were rejected – that’s a record,” Altmaier said. “And the number will rise again further. There were some 700,000 asylum applications in 2016 and nearly 300,000 were rejected. We’ll be sending these people home quickly because if we don’t it’ll damage our credibility as a state based on the rule of law.”

Merkel has long argued the country needs to keep its doors open to those fleeing persecution while her Bavarian sister party, the Christian Social Union (CSU), wants an upper limit of 200,000 refugees per year.

Merkel has refused that demand and the two parties have suffered a slump in support as a result of their squabbling before the Sept. 24 election.

A poll in Bild am Sonntag showed the center-left Social Democrats (SPD) moving ahead of the conservative bloc for the first time since 2006.

Some polls put the right-wing, anti-immigrant Alternative for Germany in third place.