Malaysian police said on Saturday they had arrested a North Korean man in connection with the murder of the estranged half brother of North Korean leader Kim Jong Un, as a diplomatic spat over his body escalated.

Kim Jong Nam died this week after being assaulted at Kuala Lumpur International Airport with what was thought to be a fast-acting poison. South Korean and U.S. officials have said he was assassinated by North Korean agents.

Malaysian police said the latest arrest connected with the murder was made on Friday night, and the suspect was identified as Ri Jong Chol, born on May 6, 1970.

“He is suspected to be involved in the death of a North Korean male,” read the statement.

Two female suspects, one an Indonesian and the other carrying Vietnamese travel documents, have already been arrested. While a Malaysian man has been detained. At least three more suspects are at large, government sources have said. 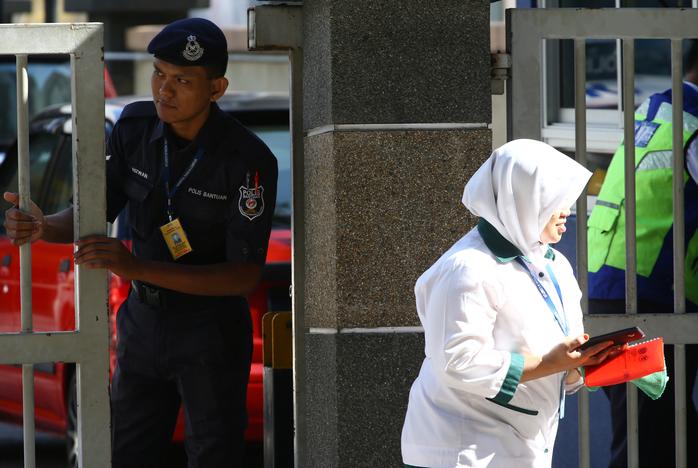 Kim Jong Nam, the eldest son of the late North Korean leader Kim Jong Il, had spoken out publicly against his family’s dynastic control of the isolated, nuclear-armed North Korea.

South Korea’s intelligence agency told lawmakers in Seoul that Kim had been living with his second wife in the Chinese territory of Macau, under China’s protection.

He had been at the Kuala Lumpur airport to catch a flight to Macau when he was killed. An autopsy is being performed at a hospital in the capital city.

Selangor state police chief Abdul Samah told Reuters that the autopsy report was not complete yet. He dismissed media reports that a second autopsy would have to conducted.