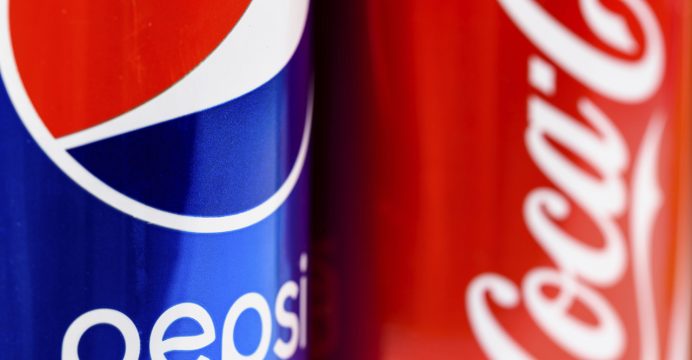 The company said it expected organic sales growth of 3 percent this year, slower than the 3.6 percent in 2016.

Shares of the company, which reported a better-than-expected fourth-quarter profit, fell 2 percent to $104.77 in early trading on Wednesday, reports Reuters.

“I think our 3 percent revenue guidance reflects just a cautious outlook toward the macros globally, as well as a reflection of what is a more volatile world,” Chief Financial Officer Hugh Johnston said on a call with analysts.

Johnston’s comments echo those by his counterpart at bigger rival Coca-Cola Co.

Coca-Cola’s CFO Kathy Waller told analysts last week that the company expected global environment this year to be roughly similar to that of 2016 with “continued macroeconomic challenges in the emerging and developing world and continued growth in the developed world”. PepsiCo forecast 2017 adjusted earnings of $5.09 per share, missing the average analysts’ estimate of $5.16.

Johnston said first-quarter organic revenue would decline, partly due to volatility in its Asia, Middle East and North Africa market and the early arrival of the Chinese New Year holiday. The holiday came 10 days earlier this year and was included in the company’s 2016 results.

PepsiCo also cited one extra week in 2016 for the slower sales growth forecast.

“Pepsi is sticking with its “under-promise, over-deliver” playbook, which has served it well,” Jefferies analyst Kevin Grundy wrote.

“Given Pepsi has exceeded its initial core constant currency EPS guidance by about 2 percent in recent years, we expect the company’s earnings outlook to move up as we move through FY17,” he said.