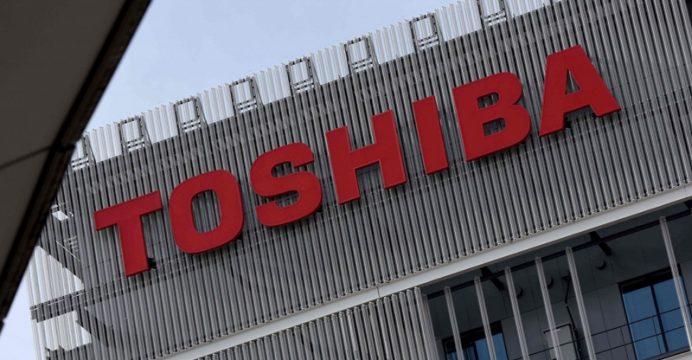 Shares in Toshiba dived more than 9 percent on Tuesday

Shares in Toshiba dived more than nine percent on Tuesday after the huge conglomerate delayed the release of financial results expected to include billions of dollars in losses tied to its ailing US nuclear power unit.

The firm plunged 9.45 percent to 226.2 yen ($2) after it surprised markets by saying its nine-month earnings report had “not yet become available”.

A spokeswoman declined to elaborate and it was not clear when the figures, originally due around noon local time (0300 GMT), would be released. It was also unclear if company executives would still hold a previously scheduled news briefing later in the day, reports BSS.

The sell-off extended morning losses that were sparked by a report in Japan’s Nikkei business daily, which said it is going to issue a warning to shareholders that its future is in jeopardy. Shares in the firm have almost halved since late December when Toshiba first flagged huge losses in its atomic unit.

Earlier reports said Toshiba — one of Japan’s best-known firms and a cornerstone of its post-war industrial rise — was likely to log a net loss of more than $4.0 billion in the April-December period.

The shortfall is linked to losses reportedly topping $6.0 billion at the troubled US nuclear business, once touted as filling a hole left after the 2011 Fukushima crisis slammed the brakes on new atomic projects in Japan.

The reported loss is related to problems with the value placed on a deal involving the purchase of a nuclear services company by Toshiba subsidiary Westinghouse Electric.

The Nikkei report said Toshiba’s mounting losses would force the company to warn investors over its ability to continue as a going concern in its current form. It would be the first such warning by the group since its birth from a 1939 merger, according to the Nikkei.

Some other reports have said Toshiba chairman Shigenori Shiga and Danny Roderick — an executive and the former head of Westinghouse Electric — are expected to step down.

There is speculation that Toshiba will dramatically reduce its nuclear operations and stop building new atomic power plants, but would continue designing and making reactors and other components.

In April-December 2015, Toshiba reported a 479 billion yen ($4.2 billion) net loss due largely to an embarrassing profit-padding scandal, in which bosses for years systematically pushed subordinates to cover up weak financial results.

The engineering conglomerate, which makes everything from trains to memory chips, is undergoing a major restructuring after the accounting scandal and the losses in its nuclear business.

The company has already sold its medical devices unit to Canon and most of its appliance business to China’s Midea Group. It is also moving to spin off its memory chip business to repair its battered balance sheet.