Netanyahu non-committal on Palestinian statehood as he heads to U.S.

Israeli Prime Minister Benjamin Netanyahu sidestepped a question on whether he still supports the creation of a Palestinian state as he left for the United States on Monday on his first visit since President Donald Trump took office.

Netanyahu has never publicly abandoned his conditional backing for Palestinian statehood, which he first stated in 2009, but Palestinians say that commitment has been rendered worthless by Israeli settlement building on occupied land, reports Reuters.

Hours before Netanyahu’s departure for Washington, Public Security Minister Gilad Erdan told Army Radio that “all members of the security cabinet, and foremost the prime minister, oppose a Palestinian state”. The forum convened on Sunday ahead of Wednesday’s White House meeting between Netanyahu and Trump. 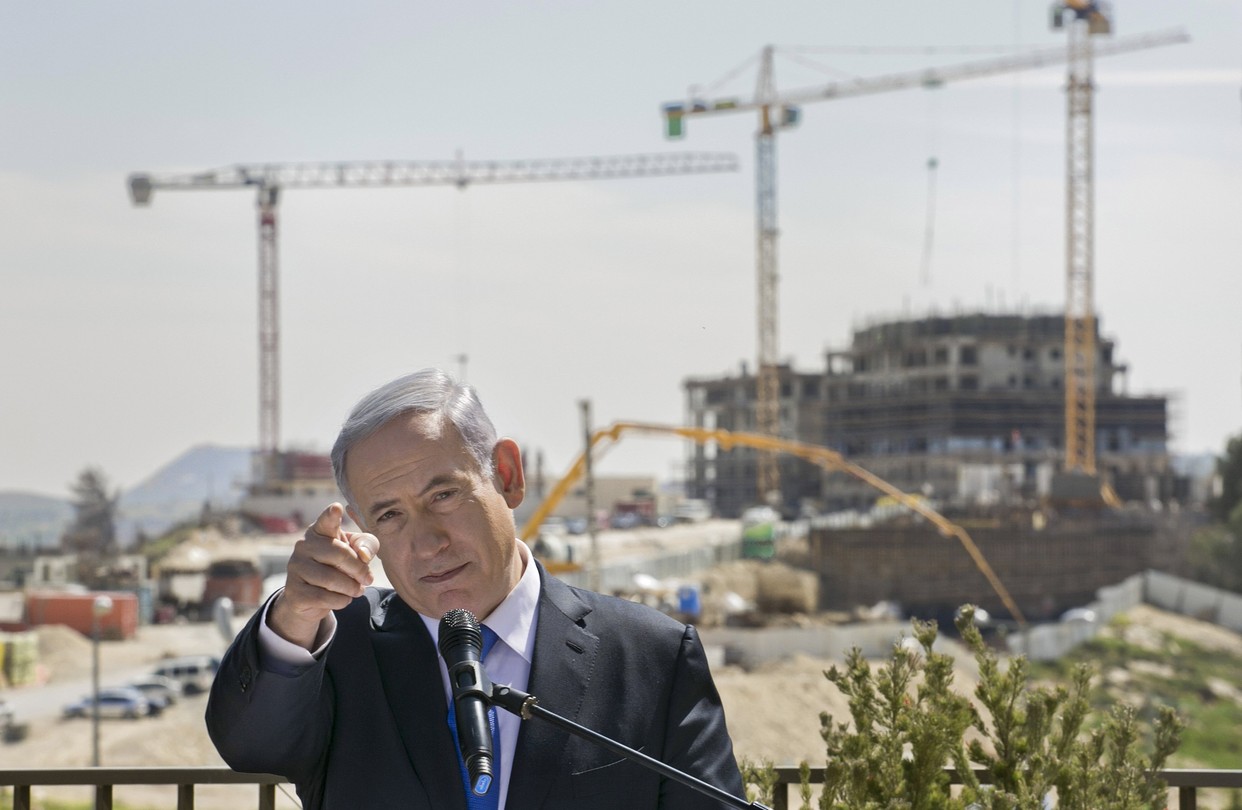 On the Tel Aviv airport tarmac, Netanyahu was asked if he still stood behind the so-called two-state solution. “Come with me, you’ll hear very clear answers,” he told reporters accompanying him on the flight.

If confirmed, a departure from a two-state policy would present Israel with diplomatic, political and demographic challenges as it contends with the complex question of how to deal with a Palestinian population now under limited self-rule.

Far-right partners in Netanyahu’s coalition have called for the annexation of parts of the West Bank, a demand he has resisted.

He has already conditioned Palestinian statehood on demilitarisation, long-term presence of Israeli troops in the West Bank and Palestinian recognition of Israel as the “nation-state” of the Jewish people.

A one-state solution to the conflict would compromise Israel’s Jewish character through the absorption of several million Palestinians.