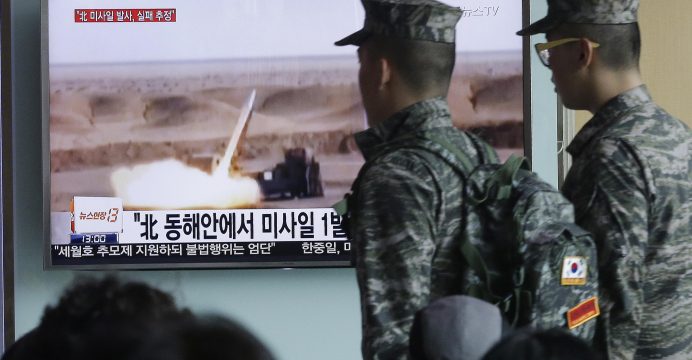 South Korea’s military said a ballistic missile launched by North Korea on Sunday was probably an intermediate range Musudan class, revising its earlier assessment that it was likely to have been a medium-range missile.

“The missile fired around Panghyon in the city of Kusong is likely to be an improved version of a Musudan missile,” South Korea’s Office of Joint Chiefs of Staff said in a statement, reports Reuters.