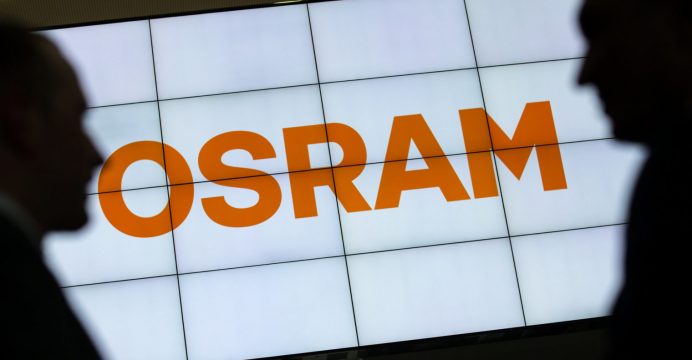 Osram plans to hire up to 1,000 new staff in Germany infrared components used for iris-scanning identification in smartphones

Osram plans to hire up to 1,000 new staff at its plant in Regensburg, Germany as it anticipates a fast ramp-up in demand for its infrared components used for iris-scanning identification in smartphones, a spokesman for the German lighting group said.

The smartphone market represents an important new opportunity for Osram, which currently makes about half of its revenue from the automotive sector, reports Reuters.

The new hires would represent an increase of almost 50 percent at the optical semiconductor’s plant, which is also responding to increased demand for infrared and LED components for driver-assistance systems in cars.

The new jobs are planned to be created between now and 2020 and will be mainly in production and research and development, the spokesman said in response to a query from Reuters.

It is also expected to supply the technology for Samsung’s next flagship model, the Galaxy S8, which is likely to be announced in March and go on sale in April. Potential large competitors are Japan’s Nichia and Lumileds, which is being sold by Dutch Philips to a U.S. fund.

Osram on Wednesday reported first-quarter results that were lifted by strong demand for LED components including infrared.

The company is investing a billion euros ($1.07 billion) in building out LED components production capacity, the bulk of it in a new plant in Kulim, Malaysia.