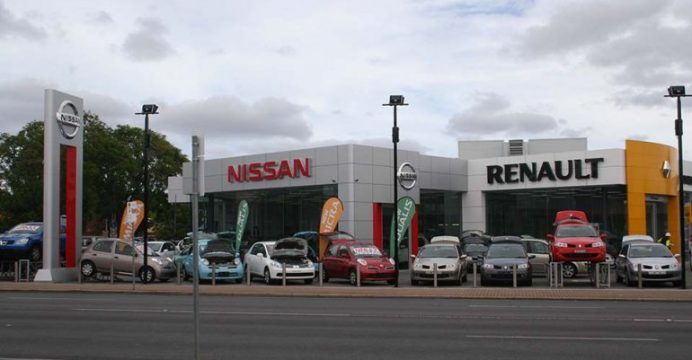 Renault-Nissan said on Wednesday it sold nearly 10 million vehicles worldwide as the group faces up to accusations that Renault participated in an emissions scandal.

Renault-Nissan, which has aspirations to become one of the world’s top three carmakers behind Volkswagen and Toyota, said in a statement that unit sales jumped by nearly 17 percent to 9.96 million vehicles last year, reports BSS.

German giant Volkswagen is the world’s biggest in terms of units sales, with 10.3 million vehicles sold last year. Japanese rival Toyota sold 10.18 million vehicles, while US giant General Motors has yet to publish its 2016 sales figures.

Nissan said, solid demand in China and the United States helped it to sell 5.6 million vehicles in 2016, a 2.5-percent increase

Renault-Nissan said the strong rise in overall sales came despite the disappointing performance of Mitsubishi, the Japanese unit that was added to the group last year when Nissan took a 34-percent stake.

Overall, Renault-Nissan’s sales accounted for about one in nine of the cars sold in the world last year. The Nissan’s arm said solid demand in China and the United States helped it to sell 5.6 million vehicles in 2016, a 2.5-percent increase.

For its part, Renault said earlier this month it had benefited from buoyant markets in Europe, India and — increasingly as it opens up its markets to the West — Iran. It saw a 13-percent surge in sales.

Mitsubishi is struggling, though, with a 13-percent drop in sales last year, partly because its Japanese market was hit by admissions that some of its workers had falsified fuel performance data for years.

It sold just over 934,000 vehicles. Renault-Nissan also boasts of being the world leader in electric cars with nearly 425,000 sold last year, led by the Nissan Leaf model.

A year and a half after Volkswagen’s “dieselgate” scandal erupted, Paris prosecutors announced last month that they are probing Renault over possible “cheating” in diesel emissions. Renault’s commercial director Thierry Koskas has said the group was moving swiftly to address those concerns.