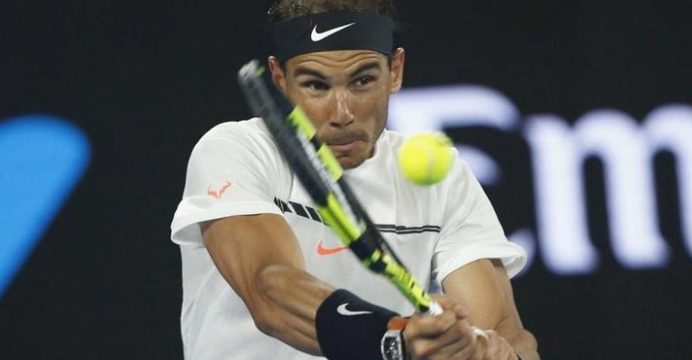 Nadal pulls out of Rotterdam Open to rest

Rafael Nadal has withdrawn from next week’s Rotterdam Open after being advised by doctors to rest, he said on Thursday, reports reuters.

The Spanish world number six, who lost in five sets to old rival Roger Federer in the Australian Open final last month, was left out of Spain’s Davis Cup squad for their World Group first-round tie against Croatia last weekend due to fatigue.

“I am very sorry to announce I won’t be able to play in Rotterdam next week,” Nadal said on Twitter.

“After last year’s absence from some tournaments, I started this season well and made a significant effort during the Australian swing,” he added.

“It’s because of this that my doctors have strongly advised me to take it easy and give enough rest to my body before competing again to avoid further injuries. I fully understand that the Dutch fans will be disappointed.”