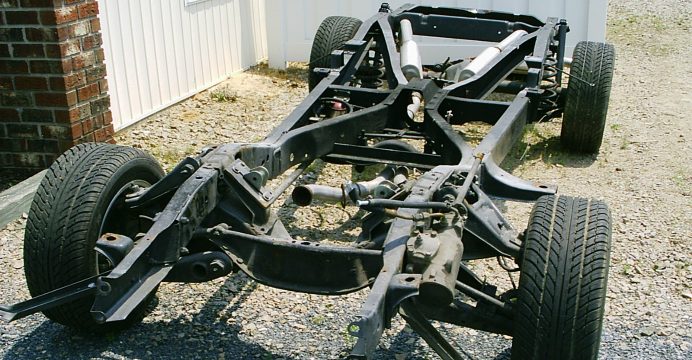 Global automotive chassis systems market report published by Allied Market Research would reach $97 billion by 2022 from $71 billion in 2015; growing at a CAGR of 4.5% from 2016 to 2022. In 2015, Europe dominated the market with the maximum contribution in global market revenue.

Automotive chassis systems are attached to the vehicle chassis and used to anchor the other vehicular systems such as suspension systems and steering systems to the vehicle frame. The chassis are expected to be light, sturdy, and with improved aerodynamic quality to improve the fuel efficiency.

The improved production of the vehicles has increased the demand for the chassis system parts, which drives the market worldwide. Furthermore, the infrastructure facility improvement also influences the market growth. In 2015, control arms component segment dominated the global automotive chassis systems.

Among various geographical regions, Europe contributed the maximum revenue share in 2015 and is expected to maintain its lead throughout the forecast period. This could be attributed to various factors, for instance, higher vehicle production and rise in demand for commercial vehicles.

However, Asia-Pacific is projected to be the fastest-growing region throughout the analysis period. The increase in the number of manufacturing facilities due to the low cost of production, increase in purchasing power of people in developing nations and the stringent norms for vehicular emissions are some important factors that affect the market in the Asia-Pacific region.

KEY FINDINGS OF THE STUDY: