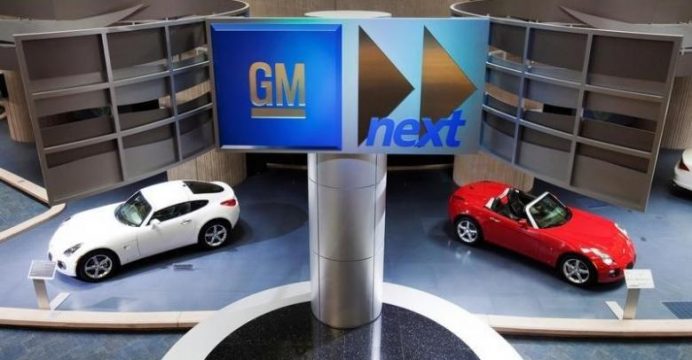 The stock tumbled 4.7 percent in early trading in part because Wall Street fretted over GM’s higher U.S. inventories. The company said profits were pressured in 2016 because it launched several car models at a time when consumers are turning away from cars to buy SUVs, reports Reuters.

Inventories of unsold vehicles at its U.S. dealers rose by one-third to 845,000 vehicles at the end of 2016. GM Chief Financial Officer Chuck Stevens said the company had built up stocks ahead of product launches and intends to bring inventories down through the year.

Stevens said the company does not expect to break even in Europe this year but will push to “get to that point in 2018.”

Excluding one-time items, GM earned $2.4 billion, or $1.28 a share, in the latest quarter, down 14 percent from a year earlier. The adjusted result beat analysts’ expectations of $1.17 per share.

Most of the currency impact was caused by the decline in the value of the British pound after Britain’s vote to leave the European Union, GM said.

Stevens said GM is assessing the ways in which proposals by U.S. President Donald Trump for a border tax on goods imported into the United States could affect the company.

“We support tax reform that would make the U.S. manufacturing base stronger. A border tax is one part,” he said. “There are a lot of moving pieces.”

GM completed a $5 billion share repurchase authorization in 2016, and in the fourth quarter began another $4 billion program that its board has authorized for buybacks.

GM said its diluted weighted average share count at the end of the fourth quarter was 1.57 billion shares, down nearly 70 million shares from a year earlier.