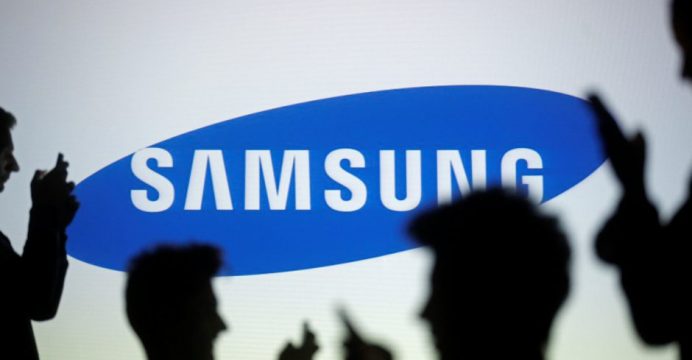 Samsung Group said it will disband its corporate strategy office after a special prosecution probe ends, setting a timeline on a pledge to wind up a power center that has been criticized for its role in South Korea’s graft scandal.

The strategy office, comprising some 200 elite staff hand-picked from affiliates of the nation’s top conglomerate, is the vehicle through which the founding Lee family makes key decisions such as restructuring and investments for new businesses, insiders and analysts say, reports Reuters.

It has been under intense scrutiny as the South Korean special prosecutor’s office probed the smartphones-to-biopharmaceuticals business empire as part of a wider investigation into the scandal that threatens to permanently unseat President Park Geun-hye.

Jay Y. Lee, center, vice chairman of Samsung Electronics, arrives to be questioned as a suspect in bribery case in the influence-peddling scandal that led to the president’s impeachment at the office of the independent counsel in Seoul, South Korea

The special prosecution has classified Jay Y. Lee, third-generation leader of Samsung Group, and head of the corporate strategy office Choi Gee-sung as suspects in its bribery investigation on suspicions that Samsung paid money to organizations linked to Park’s confidant, Choi Soon-sil, to pave the way for a 2015 merger of two affiliates.

Other executives from the strategy office have also been questioned by investigators on suspicions the office was involved in the lobbying process on the merger deal, heaping pressure for its closure.

“Action will be taken following the conclusion of the special prosecutor’s investigation,” Samsung said in a brief statement, adding that preparations are already underway.

Lee, who assumed leadership of Samsung after his father Lee Kun-hee was incapacitated by a May 2014 heart attack, said in a December parliament hearing over the graft scandal that he plans to disband the office but did not give a specific timeline.

The special prosecution’s investigation is currently set to conclude by Feb. 28 but it said separately on Monday it is considering seeking a 30-day extension.

Known informally as the “control tower”, Samsung’s corporate strategy office is the nerve center of the $239 billion business empire since the office was created in December 2010.

The office does not exist as a legal entity and its executives and employees are technically on the payroll of affiliates such as flagship Samsung Electronics Co Ltd.

The corporate strategy office is the latest iteration of a Samsung control tower. Its predecessor, the strategic planning office, was dismantled in 2008 after executives at the office were investigated on allegations of helping Samsung Electronics chairman Lee Kun-hee set up slush funds by using fake accounts.

Samsung on Monday declined to comment on how the conglomerate plans to perform the functions of the strategy office after it is disbanded.

He said Samsung will likely re-create an office similar to the corporate strategy office in the future, albeit with reduced responsibilities in terms of protecting the Lee family’s interests.