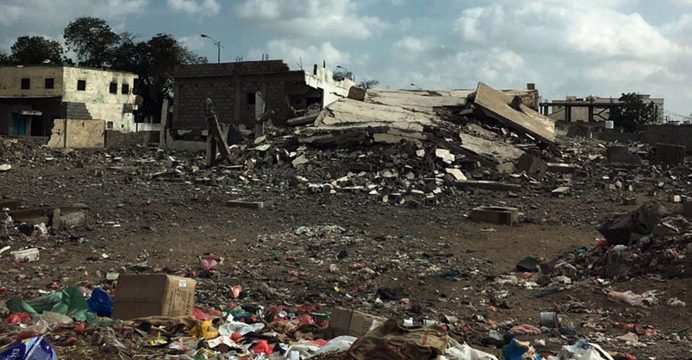 This week IOM coordinated the first official UN mission to Yemen’s Lahj governorate since the outbreak of the conflict in March 2015. Lahj is located in south-western Yemen and has experienced intense fighting.

During the visit, discussions were held with government officials in order to better respond to the needs of people displaced by the conflict, host communities and thousands of irregular migrants entering Yemen from the Horn of Africa.

Lahj governorate has a population of around 960,000, of whom nearly 10 percent have been displaced by the conflict. The presence of Al Qaeda in the Arab Peninsula (AQAP) and ISIL has led to most public infrastructure, including schools and hospitals, being destroyed.

IOM is set to increase its humanitarian and development support to the Lahj population – focusing on internally displaced persons (IDPs), migrants and host communities – in order to respond to their immediate humanitarian needs, as well as start their rehabilitation and the reconstruction of infrastructure through development and job-generating activities.

Nasser Al-Khoubeigi, Governor of Lahj, welcomed IOM Yemen Chief of Mission Laurent De Boeck and UNOCHA Head of Aden Sub-Office Taher Ibrahim as the first UN representatives to enter the city of Lahj in 22 months. De Boeck was the first international staffer to witness the widespread destruction in the city.

It also worked to provide protection and direct assistance to over 4,300 newly arrived migrants from the Horn of Africa. And to support victims of trafficking and smuggling, it provided primary health-care assistance to 2,415 migrants, core relief items to 3,342 people and food to another 1,377.

Following the return of close to 70,000 people to their places of origin in the governorate, IOM now plans to launch a new approach aimed at stabilization and reconstruction in ‘Pockets of Stability’. The new approach hopes to rebuild the lives of the returnees through community activities that create job opportunities for young people, generate incomes and stabilize the population.

“Lahj is one of the governorates where we will adopt this new approach to support the return of the displaced population. Currently they have nothing when they return back home. Our focus will be on providing shelter, employment and rebuilding infrastructure, which will allow children to go back to school and enable people to access health services,” said De Boeck.