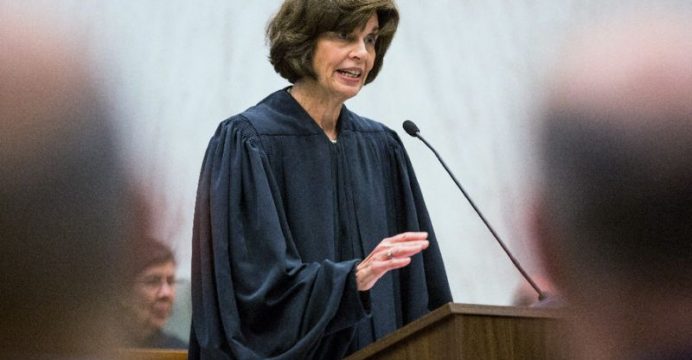 Deportation stay extended by US federal judge to February 21

A US federal judge on Thursday extended until February 21 a stay on visa holders from seven Muslim-majority countries and refugees being deported under President Donald Trump’s travel ban.

Judge Carol Bagley Amon took the decision at a hearing in New York, saying that she did not want to leave the issue in limbo given that the stay — ordered last Saturday — was set to expire on February 11, reports BSS.

The travel restrictions ban all refugees from entering the United States for at least 120 days and visa holders from seven Muslim-majority countries from arriving in the country for 90 days.

Lawyers for the US justice department told the federal court in Brooklyn Thursday that they planned to file a motion to dismiss the case and said no one was currently in detention.

Counsel representing rights groups said they were still waiting for final confirmation that no one was being detained, and said that some travelers had been deported despite the stay.

They called for a complete list of all those detained since the executive order came into effect last Friday so that they could ask everyone deported whether they wanted representation or to return.

New York’s Democratic Party state attorney general Eric Schneiderman has intervened in the legislation, to which the justice department lawyers said they neither consented or opposed.

Saturday’s temporary stay from Federal Judge Ann Donnelly ordered authorities to stop deporting refugees and other travelers stuck at US airports as a result of the temporary immigration ban.

The American Civil Liberties Union sued the government after two Iraqis, one of whom worked as a translator for the US military, were detained in New York. Both have since been released.