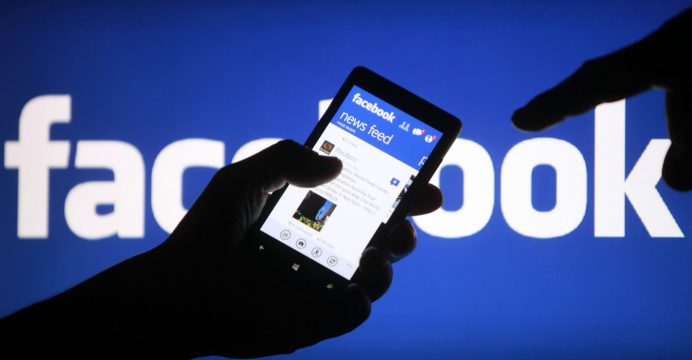 Facebook shares bounced on Wednesday with word that profit more than doubled in the final quarter of last year, coming back down after a vow to spend heavily on the future.

Meanwhile, the number of people using the leading social network monthly increased 17 percent to 1.86 billion. The ranks of people accessing Facebook from mobile devices each month grew to 1.74 billion, an increase of 21 percent from the same period a year earlier.

Money taken in from ads on mobile devices accounted for about 84 percent of the social network’s overall advertising revenue in the final quarter of last year.

Facebook saw strong growth in Asia, with India being a hot market in the quarter. The social network still hopes to get into China, where the service is not allowed.

“Our mission is to connect everyone in the world and it’s hard to do that over the long term if we don’t find a way to serve the more than billion people who live in China,” Zuckerberg said while answering questions from analysts on an earnings call.

“But one of the big things that we need to think about here is, of course, we’re only going to do this in the way that we’re comfortable with over the long term.”

Facebook shares jumped more than two percent in after-market trades, returning to 15 cents above the closing price of $133.23 after chief financial officer David Wehner reminded analysts that the social network has essentially run out of spare room for ads and plans to invest “aggressively.”

“Our business did well in 2016, but we have a lot of work ahead to help bring people together,” said Facebook co-founder and chief executive Mark Zuckerberg.

“Our mission to connect the world is more important now than ever.”

Under pressure to stymie the spread of fake news, Facebook last month modified its system for showing trending topics.

The change was intended to surface topics more quickly, capture a broader range of news, and help ensure that trends reflect real world events being covered by multiple news outlets.

Zuckerberg has sought to deflect criticism that the social network may have been used to fuel the spread of misinformation that influences the outcome of the 2016 US presidential race.

“We don’t write the news that you read but we want to be a place where people can access information and have meaningful conversations,” Zuckerberg said.

“In the past, we’ve taken steps to reduce spam and click-bait and now we’re you approaching misinformation and hoaxes the same way.”

Facebook executives expected spending on investment and hiring by the California-based company to leap 50 percent or so from last year. Company priorities include data centers, virtual reality, search and artificial intelligence.

“There’s an increasing focus on objectionable content and a lot of unfortunate things that people share on Facebook,” Zuckerberg said, stressing that it was a small piece of what was is shared at the social network.

“AI is both going to be great for showing people content that’s really good and helping us enforce the community standards that we have to make sure that everyone has a good and fair experience.”