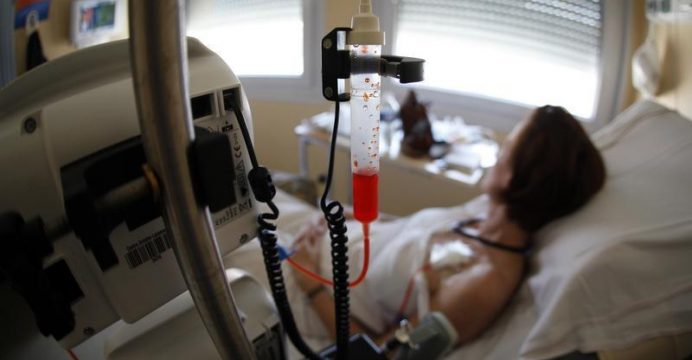 Cancer death rates may depend on the place of living

Cancer death rates are surging in some regions of the U.S. even as fatalities steadily decline nationwide, a new study suggests.

But in some parts of the country where poverty, obesity and smoking are more common, rates of death from cancer are going up.

“Known cancer risk factors – smoking, diet, and obesity, among others – combined with poor prevention programs may increase cancer cases,” said senior study author Dr. Christopher Murray of the Institute for Health Metrics and Evaluation at the University of Washington in Seattle.

“Unequal access to and quality of care are likely contributors to cancer mortality disparities, and the lack of early detection for some cancers and lack of specialized treatment can be deadly,” Murray added by email.

Cancer is the second leading cause of death in the United States and globally, after heart disease. Most previous reports on geographic differences in cancer mortality in the U.S. have focused on variation by state, the researchers note in JAMA.

For the current study, researchers estimated mortality rates at the county level for 29 types of cancer using death records from the National Center for Health Statistics (NCHS) and population counts from the Census Bureau, the NCHS and the Human Mortality Database.

For many types of cancer, there were clusters of counties with especially high death rates. Breast cancer fatalities were particularly high in the south and along the Mississippi River, while liver cancer was prominent along the Texas border with Mexico. The study also found clusters of kidney cancer in North and South Dakota as well as parts of West Virginia, Ohio, Indiana, Louisiana, Oklahoma, Texas, Alaska and Illinois.

Colorado offered the brightest spot on the map; cancer deaths in Summit County fell by almost half during the study from 130 for every 100,000 people in 1980 to just 70 deaths per 100,000 population by the end of the study.

Kentucky had the worst spots, with cancer deaths surging by up to about 45 percent in some counties in the eastern part of the state.

One limitation of the study is that the data may not have captured all cancer deaths, and the analysis might have underestimated inequalities in death rates in some instances, the authors note.

Still, improvements in screening, prevention and treatment across many tumor types should make many more deaths preventable, especially in counties where fatality rates far outpace the national average, the authors conclude.

“This study shows that we have made huge strides in cancer prevention and treatment but have not done a good job extending these benefits to all of our citizens, and the most vulnerable are paying for this with their lives,” said Dr. Ethan Basch, director of cancer outcomes research at Lineberger Comprehensive Cancer Center at the University of North Carolina in Chapel Hill.

“Individual citizens should realize that the system isn’t necessarily going to get them the best quality care, so they need to educate and advocate for themselves by seeking recommended screening like colonoscopies, finding a good local health provider, and obtaining health insurance,” Basch, author of an accompanying editorial, added by email.