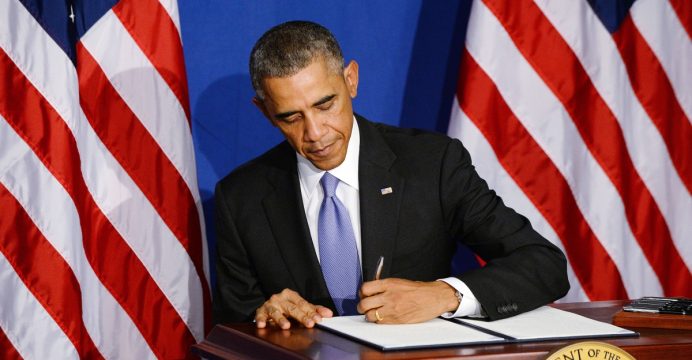 One of the Barack Obama administration’s final acts was to release $221m of funding to the Palestinian Authority.

Republican members of Congress had tried to block the allocation after the group sought membership of international organisations.

The funds are to be used for humanitarian aid in the West Bank and Gaza, and other projects around governance and political reform.

Though holds placed by members of Congress are generally respected by the executive branch, they are not legally binding, and State Department officials said they would release the money just hours before Donald Trump’s inauguration on 20 January, Yahoo reported.

The UN money will go to projects for tackling sexual exploitation, ozone protection and peacebuilding.

The news came as it was announced Mr Trump’s administration was in the “beginning stages” of discussing a plan to move the US embassy in Israel from Tel Aviv to Jerusalem.

Israeli Prime Minister Benjamin Netanyahu spoke with Mr Trump by telephone on Sunday evening, but the White House statement released after the call made no mention of the embassy.

The Palestinians have said that an embassy move would kill any prospect for peace.